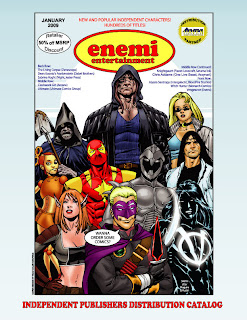 Back in 2009, I did a short stint as a columnist for a comics distribution catalog from Enemi Entertainment. The publication was like an independent version of "Previews," and the guys at Enemi invited Matt (my Secret Identity co-host) and I to write columns for the catalog. Did I mention it was short-lived? We only ended up writing a couple of columns before the catalog underwent some changes and eventually stopped publication.

Searching through my old files I found the first column I wrote for the catalog, and I've posted it below for you to enjoy. 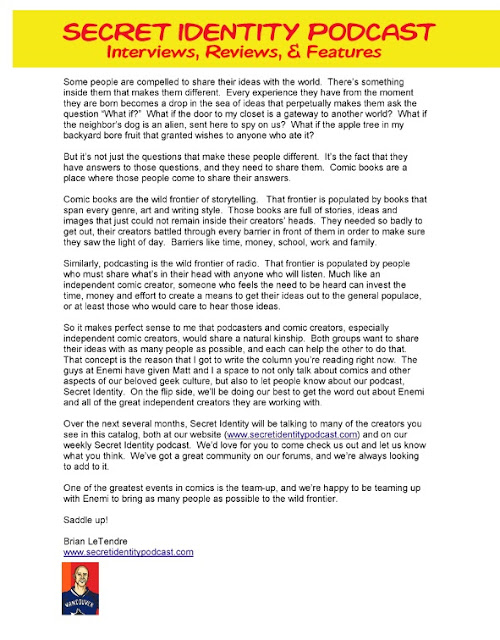