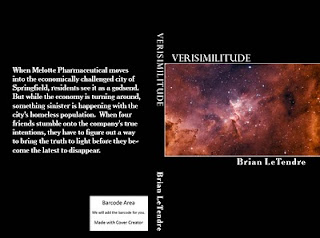 I wrote a novel in 2007. Yup, an honest-to-goodness novel. The novel was called "Verisimilitude," and while there's very little chance you'll ever read it, I can honestly say creating that novel was the best writing experience I've ever had. That's why every year at this time, I sing the praises of National Novel Writing Month to anyone who will listen.

National Novel Writing Month, more commonly known as NaNoWriMo, is an annual event where people around the world take up the challenge of writing a 50,000 word novel in just 30 days. Between November 1st and November 30th, participants write an average of 1700 words per day, which means there's no time for editing, spellchecking or second-guessing--and that's what makes NaNoWrimo such a great experience--you just create. Think about it--when was the last time you created something with no concern for whether or not it was any good? Probably never. Most creatives are perfectionists when it comes to what they do, and because of that, we can sometimes be our own worst enemies. What NaNoWriMo does is allows writers to practice their craft in a very focused way, with an emphasis on output. All the polishing comes later on, if ever. NaNoWriMo is about proving to yourself that you can create, and taking part in NaNoWriMo  kick-started all of the creative projects I've been involved with since 2007. I cannot recommend NaNoWriMo enough, and everyone should take the challenge at least once. I seriously considered taking the plunge again this year, but I have several writing projects I'm working on right now, which is a good thing. I've no doubt I will participate again however, as it's a great tune-up for writing skills.

As for the novel I wrote, I actually have a copy of it sitting right here next to me (the image in this post is the actual cover for the book). The folks at CreateSpace gave all of the 2007 winners a free proof copy of their novel. My plan is to eventually edit the heck out of the book, polish it up, and then either publish it or adapt it into a graphic novel script. There's also an outside chance I may try to edit the book chapter by chapter, and post each revised chapter on the site here. We'll see...

As it stands right now, "Verisimilitude" (which was just a working title, BTW) was a b-movie style horror story that has ties to Robert Chambers' horror classic "The King in Yellow." Here's the cheesy synopsis from the back cover of the book:

"When Melotte Pharmaceutical moves into the economically challenged city of Springfield, residents see it as a godsend. But while the economy is turning around, something sinister is happening with the city's homeless population. When four friends stumble onto the company's true intentions, they have to figure out a way to bring the truth to light before they become the latest to disappear."

Oooohhhh! Scary, isn't it?
Posted by See Brian Write at 8:52 AM No comments:

A little over a year ago, my good friend and fellow gamer Jason May started doing a retro gaming segment on Secret Identity called Cartridgecade. We are both huge fans of the NES, Atari 2600, Commodore 64 and every other retro gaming console, and the podcast segments are a great opportunity for us to discuss the games we grew up playing. We even held a retro gaming challenge for listeners of the show this past summer, and their prize was the print to your left that Jason created.

Not long after we started doing the podcast segments, we created a blog for Cartridgecade, where we post reviews, compile information on arcades, and talk about anything having to do with retro gaming.

The blog is updated weekly, with Jason and I alternating entries. So, if you enjoy discussion on the games of yore, check us out.  I recently reviewed the Atari 2600 classic "Haunted House," and you can read the review here.
Posted by See Brian Write at 3:22 PM No comments: 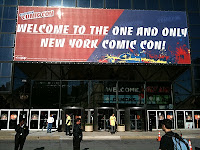 Wow! What an awesome show. New York Comic Con was great this year for a lot of reasons. First, and most importantly, I got to see some close friends that I only see this one time a year. On top of that, Matt and I got over 30 interviews for Secret Identity, which people can hear on the podcast in the coming months. I also got some great feedback on Mo Stache, and I am really excited for next year's show, when I will be pushing that project in a major way.

The con was packed all three days, and Saturday was probably as crowded as I've ever seen the show. I have tons of pictures to share both here and on the Secret Identity website, so keep an eye out for those.

It's back to work tomorrow, but I've got some nerd chores to finish before I can relax. Until next time, enjoy the pics below! 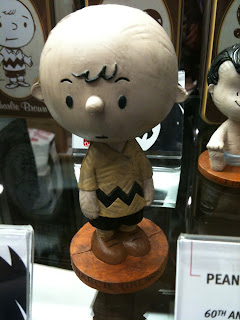 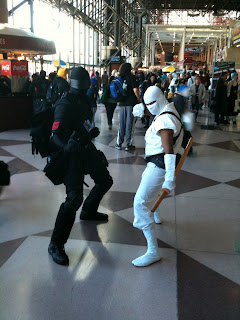 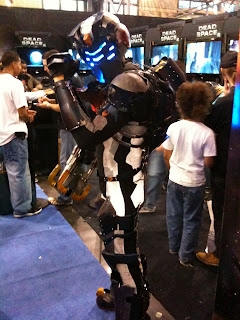 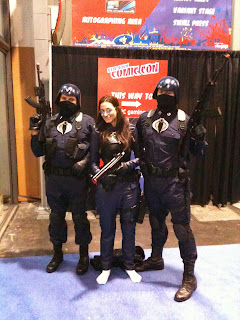 Posted by See Brian Write at 4:03 PM No comments: 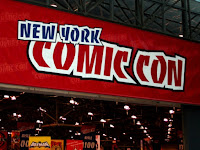 Tomorrow I'm heading down to New York to attend New York Comic Con. Next to San Diego, this is pretty much the biggest comic convention of the year. This year will be a little diffrerent however, beacuse for the first time, I am going as both a member of the press and a creator.


In additiont o doing tons of interviews for Secret Identity, I'll be handing out flyers for Mo Stache, trying to get the word out as much as possible.

There will also be a sneak preview of a short story I wrote for Strange Aeons magazine at the show. My good friend Vin Ferrante (of Witch Hunter fame) has printed up a bunch of copies of the story, which will be appearing in the next issue of Strange Aeons. The story is called "Tony the Bear," and it's based on an imaginary friend my son had a couple of years ago. I'll talk more about that in a future post, but if you're at NYCC, you can grab a free copy of the story at the Monarch Comics Booth (#2422).

Hope to see you there!
Posted by See Brian Write at 8:03 AM No comments: