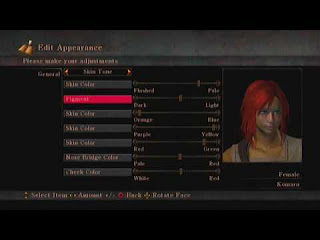 This is the second article in a three article series that’s taking a deeper look at one of the more underrated games of this console generation, “Demon’s Souls.” In the first aricle, I gave a basic overview of the game, it’s unforgiving nature, and the risk-reward theme that runs through it. This time around, I want to talk about the character and equipment upgrade system.

As I mentioned before, all of the character advancement and equipment upgrades in the game involve souls, which are the main currency. When advancing your character’s attributes, you pay a certain amount of souls to advance a certain attribute by one point. Each time you buy a point, your level advances, so your overall level is a reflection of how many times you’ve advanced one of your character’s attributes. Choosing which attribute to advance is important for two reasons. First, each attribute affects multiple aspects of your character. So improving your Intelligence for example, affects the amount of magic you can cast, as well as how many spells you can remember at one time. Dexterity affects both your defense and your attack stats, and so on. The second reason each choice is important is that the cost for raising attributes goes up each time you advance. So, buying one point of Intelligence means that the next point you buy for any attribute will be more expensive. The cost of an attribute point quickly goes from hundreds of souls to thousands, to tens of thousands, and so on. Your first time through the game, you’ll never be able to significantly upgrade all of your stats, so you’ll likely want to decide early on how you want to advance your character. I leaned heavily toward a spellcasting build, so Magic and intelligence became my two most important stats. I am now level 45, and my character is a fairly powerful spellcaster that is good at attacking from a distance. This is a good thing, as I have really low health, and getting into a brawl with an enemy usually means a quick death for me.

Upgrading weapons is also tied to souls, but also requires you to have certain materials for whatever upgrade you’re trying to apply. There are different ores that can be found throughout the game, and each hasproperties that can be applied to weapons and/or shields. Basic materials are plentiful, so it’s fairly easy to initially upgrade weapons to give standard bonuses in combat. Rarer are the ores which provide magical bonuses, or elemental bonuses to weapons. For example, Moonstone will allow a weapon to give magical bonuses to attacks, but it can only be found on certain enemies and in certain areas of the game world. Much like character advancement, you need to figure out what your character’s style is, and then equip them with weapons that play to their strengths and offset their weaknesses. For example, my character has weapons that add bonuses based on my magic attribute score, which is my strongest stat.

Moreso than a lot of RPGs I’ve played, Demon’s Souls really forces you to heavily weigh your options when upgrading equipment and advancing your character. There is no way you will be able to really maximize more than a few stats and weapons during your first playthrough (unless you plan on grinding for hours and hours), so you really need to decide what type of character you want to play and stick with that theme.

In the next and final installment of this series, I’ll get into what I think is Demon’s Souls most unique aspect--it’s completely original approach to multiplayer.
Posted by See Brian Write at 8:25 AM