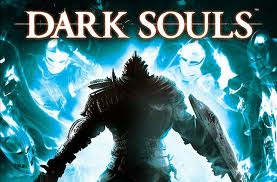 When I first began Dark Souls, I was determined to write a series of posts chronicling my adventures through the massive, brutal masterpiece of an RPG. After four installments however, my writing was completely taken over by National Novel Writing Month, which ran from November 1st through he 30th. I actually played a good amount of Dark Souls during November, both as a reward for hitting my word quotas and as a means of inspiration (I wrote a horror/supernatural novel for NaNoWriMo). Once I had completed NaNoWriMo, I took a break from writing and motored through the rest of Dark Souls, finishing this past weekend. So, while I didn't get to do the session-by-session series I was planning on, I do want to take some time to properly look back on what I think is one of the best games of this generation.

For the uninitiated, here's a very superficial overview of the game--From Software's Dark Souls is a roleplaying game where your character is an undead warrior on an epic quest to either bring the fire of life back into the world, or become a god-like being yourself (or at least, that's what I took out of the story). The quest takes you through the various locales of Lordran, a land where every enemy you encounter could easily kill you. Each of the main locations in Lordran culminates in a boss battle against huge and terrifying creatures. By defeating enemies and bosses, you gain souls, which are used to level up your character and upgrade your equipment. Souls are a precious commodity, and when you die int he game, you lose all of the souls you are carrying. You must make it back to the location you died to reclaim those souls before dying again, or they are gone forever. In addition to the penalty for dying, the checkpoint system can be unforgiving which means that you will be repeating sections of the game several times before finally beating them. The game punishes sloppy play mercilessly, and rewards strategy and precision.

If you want a feel for how the game plays out in a given section, check out my third and fourth posts about the game, where I detail my first few hours. In general though, I would tackle each section by battling to the last checkpoint before the boss and resting, mainly to replenish spells for my magic-based character. After the last checkpoint, I would do a test run or two between the checkpoint and the boss area, until I knew how to get to the boss while conserving as many spells as possible. If I couldn't beat the boss by myself after a few tries, I would then try to summon in an ally or two to help me. This strategy worked pretty consistently throughout the game, and there were only a few areas during my 98-hour playthrough that really frustrated me. In fact, it wasn't until the second-to-last boss that I almost snapped my controller in two. Instead, I resorted to consulting a walkthough online, and realized that I needed to change the equipment I brought into that battle in order to be successful.

So now I've finished the game, and there are a number of things about the experience that have stayed with me over the past few days. First is the sense of reward and accomplishment that comes with completing the individual sections of the game, and then finishing it overall. Dark Souls is truly challenging, and not for the faint of heart or easily frustrated. It took me nearly one hundred hours to complete, so it's not something you can casually expect to finish whenever--you need to dedicate a sizable chunk of time to conquering the game. Secondly, the game is masterfully designed. I have never played a game (except maybe for its predecessor) that combines level design and enemy design in a way that achieves such a balance of challenge and reward. Each section of the game is exactly as hard as it should be to push you to your limits without being unfair. There is a solution to every problem, a way to take down each enemy, and you can figure it out. But get impatient or sloppy, and you will die. A lot.

What I love the most about Dark Souls however, is the completely unique approach the game takes to multiplayer. There is truly nothing like it, and I love every aspect of it. For starters, it's almost completely optional. You can choose not to summon players into your game, and you can remain in "Hollow" form, which keeps other players from invading your game. There are only certain times when you need to reverse your "Hollow" status, like when you want to bolster a checkpoint to give you more benefits, or when you want to summon someone into your game. Essentially though, the multiplayer is optional. you can solo this game if you want. And when you do decide to team up with other, it's completely anonymous, and the only way to communicate with your allies is through gestures. Because of this, even though you are playing with others, there is still an aspect of soloing to it. When you complete an area, your allies disappear, never to be seen again. Similarly with invading characters, you will either defeat them, or they will defeat you, and then they disappear. The whole summoning allies into my game thing really added an aspect of roleplaying to Dark Souls that I loved. I adopted a "pay it forward" mentality, where I would be sure to help other players through areas that I had received help in. There were hours at a time where I would just wait for another player to summon me, help him or her beat a boss, and then go back and wait for another player to summon me. By engaging in the multiplayer, you sort of enter into the brotherhood of people who have decided to take up the challenge of Dark Souls, and you rely on each other to get through it. It's such a different dynamic than in every other multiplayer game, and I would love to see others adopt something similar in the future.

As if the experience of completing Dark Souls wasn't enough, the game is designed to be played through multiple times. You get to carry all of your gear into the next playthrough, but enemies and bosses become substantially more difficult as well. As much as I thought I would be done with the game after one playthrough, it has sucked me back in. I'm already a few hours into my second go around, and I'm loving every minute of it.

So, while none of my posts about Dark Souls has been a typical game review, let me just say that it's an amazing game, and easily my game of 2011. I highly recommend it.
Posted by See Brian Write at 3:30 PM