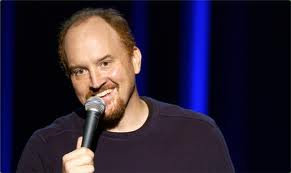 This past week, comedian Louis CK may have started a revolution.

For those that are unfamiliar with him, Louis CK is one of the most successful stand-up comedians in the industry today. He’s got his own show on FX, and he’s widely considered to be one of the most hard-working, innovative comedians to come along in years. If you’ve never seen him, I think this tribute he did to George Carlin (one of my all-time favorites) will give you a good idea of what he’s all about.

Anyway, Louis CK filmed a brand new, one-hour comedy special and decided he was going to make it available through his website for the asking price of five dollars. For five bucks, consumers get a DRM-free download of the special, which they can play on any device they want, burn to a DVD, etc. All of the material in the special is brand new, and he made it available to his fans for five dollars.

Louis wrote a great post about all of this on his site, but the gist is this: if you make something great, sell it for a reasonable price, and make it as accessible as possible, people will but it from you rather than steal it. His little experiment is proof of this, and it’s a philosophy I’ve always held.

There are other examples of this out there that are working. The Double Feature comics app is another shining example of putting out a high-quality product at a low price and being successful. Issues of the comic feature two stories, tons of extras, and are released monthly for $.99.

I think it’s important to acknowledge success stories like this, because in my opinion, these types of business models reduce or remove entirely the barriers between the creator of content, and the people who want to enjoy that content.

Congrats to Louis CK, and viva the revolution!
Posted by See Brian Write at 12:42 PM