Free-to-Play is the Way to Be 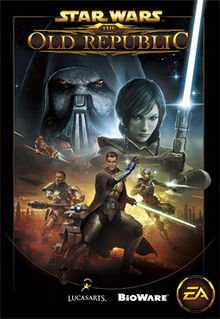 I was reading an article on IGN this morning about Bioware considering moving to a free-to-play model for Star Wars: The Old Republic. This didn't surprise me at all, since a subscription-based model is unsustainable in the current gaming landscape unless you are World of Warcraft (and even those guys are seeing their numbers decline). My prediction when The Old Republic launched was that it would be free-to-play within a year, and it looks like that could well be the case.

For those not familiar with it, in the free-to-play model the base game is free, and players can choose to pay for everything from new character outfits to temporary stat bonuses, and everything in between. While this model has had a somewhat shady history, in the past few years its found a nice balance. Players can actually experience the game completely for free if they choose to, and most of the items that can be bought are not game-breaking or offering an unfair advantage to paying players.

Over the past three years, this scenario has played out again and again. Dungeons & Dragons Online, Lord of the Rings Online, and more recently DC Universe Online all struggled under traditional subscription-based models. All three have since moved to a free-to-play model, and all three turned their financial fortunes around.

You could make the argument that Bioware planned all along to move to a free-to-play model, although I don't think they'd ever admit it. I think one new business model for MMOs is to start out as subscription-based, and then move to free-to-play when the numbers start to go south. The reason most developers and publishers would not admit to that being their plan is that it really takes advantage of early adopters and fans of a particular property. In essence, they try to recoup a good chunk of development costs on the backs of their most die hard fans, and then switch to a more sustainable model once they've squeezed what they can form their fan base. In the case of The Old Republic, all of the die hards are already subscribing, and new people aren't coming at for $15 a month at the rate Bioware needs them to. By switching to a free-to-play model, a much larger group of potential customers opens up to them. I am among those potential customers, as I won't pay $15 a month for a game I can't dedicate a ton of hours to, but I certainly don't mind spending five bucks here and there to enjoy some benefits and support the game.

I've actually had a lot of fun playing DC Universe Online on my PS3, and I've spent some money on the game as well. I may only get to play a couple times a month, but I get the most bang for my buck, and I'm happy to support the game. I'm also looking forward to Guild Wars 2, and both the developer (ArenaNet) and publisher (NCSoft) have been proponents of the free-to-play model from the get go. The original Guild Wars is largely acknowledged as a standard-bearer in the free-to-play landscape (their model consists of players paying for expansions to the core game).

So, the watch for The Old Republic's move to free-to-play is officially on. Any developers looking to launch a new subscription-based MMO should watch this situation very closely. Because if a Star Wars MMO made by Bioware can't survive with a subscription-based model, what chance does anyone else have?
Posted by See Brian Write at 12:11 PM