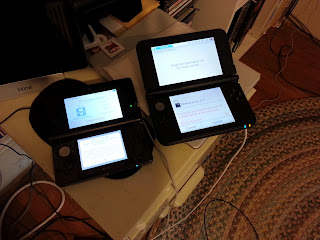 Even though I hadn't really planned on it, I ended up grabbing a Nintendo 3DS XL when they went on sale yesterday. GameStop was offering $100 toward the XL if you traded in your old 3DS, and combined with some other games I traded in, I got the new XL for a mere $11. Turns out it was worth $11 and then some.

I bought an original 3DS on launch day, and I haven't played nearly enough to justify my $250 investment. My biggest complaint wasn't the lack of games after launch, but rather the form factor of the device itself. The 3DS was just too darn small, and playing it for any length of time actually made my hands hurt. Over the past several months, there's been some great games for the 3DS that I haven't even bothered to pick up. I have a ton of old NES and GameBoy games on the device from the Ambassador Program and my eShop purchases, but I rarely fired up the handheld to play them. Ironically, the game I spent the most time with was Resident Evil Revelations (an awesome game), partly because the added bulk of the Circle Pad Pro made the device more comfortable to hold.

My first thought in taking my new 3DS XL out of the box was that it was exactly what the original design for the device should have been. Not only is the display substantially larger than the original, but the device feels a lot more comfortable to hold and play. I fired up Super Mario 3D Land and was really impressed with how much better of an experience it was playing on the XL versus the original 3DS. Even the 3D comes across better. Reading web pages on the built in browser (not that you'd actually spend much time doing it) is actually reasonable now. I could actually see myself using Netflix on the device now, something I did one time on the old model. 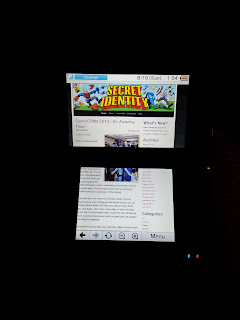 So, while I haven't spent too much time with it yet, I am really liking the 3DS XL so far. I don't know if the GameStop deal was a one-day thing, but if it's still going on, I think it's worth trading in your old model for this one. I know I'll get a lot more playing time out of the 3DS moving forward.
Posted by See Brian Write at 7:30 AM