NHL Poised to Repeat the Mistakes of the Past 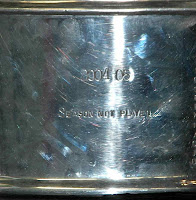 I cannot believe I am sitting here today talking about an NHL lockout.

There have been four work stoppages in the NHL since 1992. Three lockouts. The entire 2004-2005 season was lost because of the last lockout. Yet here we are again, a mere eight years later, with another lockout. Because of greedy, selfish millionaires who are so short-sighted that they don't realize this could mean the death of the game in America.

Do they not remember last time? Hockey was on life support in terms of public awareness and interest coming out of the last lockout. The sport has really just gotten back into the spotlight after the last couple of years, as the last two Stanley Cup Playoff series have been amazing. From a fan standpoint, the game was finally healthy again.

And they're getting ready to throw that progress away again. But the worst part isn't that I, as a fan, won't get to watch hockey if we lose this season. The worst part is that once you look past the spoiled millionaires who are the face of this labor dispute, you realize there are thousands of people whose livelihoods are affected by a lockout. From the team personnel to the concession vendors at the arenas, people are going to lose jobs because of this lockout. In a USA Today article I read this morning, it seems the Canucks and Flames have already informed their team employees that pay cuts are coming.

If anyone is wondering why hockey still lags behind Basketball, football and baseball in terms of American mind share, look no further. The NHL has missed more games due to work stoppage in the last twenty years than any other professional sport. It's hard to grow and maintain your fan base when you can't even get a product out on the ice.

I sincerely hope the posturing between both sides ends before regular season games start getting cancelled, but I'm not overly optimistic. Maybe the players and owners should have to sit at center ice in front of all the people who will be losing their jobs and explain why they can't get a deal done.
Posted by See Brian Write at 11:53 AM