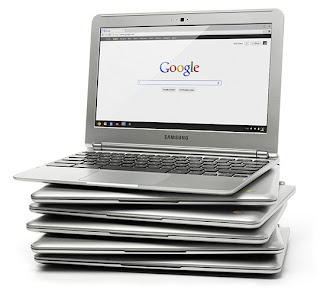 I love gadgets, and I love Google. So when Google got set to launch their Chromebook laptop back in 2011, I was super excited. I even tried to get into the beta-testing of the Cr-48 prototype model, which Google was sending to random interested parties, but unfortunately never got to get my hands on one. And prior to the announcement of the price point, it was looking like Google might launch a $199 laptop that ran on the Chrome OS and was built around cloud computing.

All my excitement dissipated when the first Chromebooks were released at a price of just over $400 for the WiFi version and a whopping $500 for the 3G version. I wasn’t the only one--the Chromebook was pretty much dead on arrival. Earlier this year, a second generation of Chromebooks were released, which had slightly better specs, but were actually more expensive than the first generation. Things were moving in the wrong direction.

This week, Google unveiled the third generation of Chromebooks, and the latest version has a lot more potential to gain some traction that either of the previous ones. The reason? It has a price point of $250.

The new $250 Chromebook will feature an 11.6” screen, a 16GB solid state drive, 2GB of Ram and an ARM processor. It also comes with 100GB of free Google Drive cloud storage for two years.

While I think $199 would be the magic price point for this device, I think $250 is still really solid. My biggest question is how much work I’d be able to get done with the Chromebook when I’m not online. It appears that editing docs, watching downloaded movies and playing games will all be possible offline, but I want to see more info on that functionality before I go ahead and commit to spending $250.

Still, I could easily see myself picking one of these up as my primary writing machine that I can take wherever I go. I don’t need anything elaborate, but I’d prefer a laptop over my current iPad/bluetooth keyboard mobile setup.

Bottom line--I think this third-gen Chromebook is the one to finally get excited about. If you want to find out more about it, and grab one for yourself, you can head over to Google’s page here.
Posted by See Brian Write at 7:29 AM