How COURTING THE KING IN YELLOW Came to Be 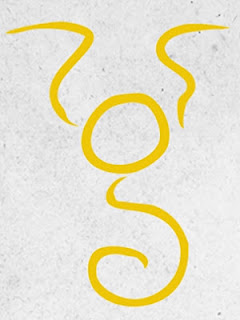 This week, my first novel will finally see the light of day, via Drive Thru fiction. The book is called called Courting the King in Yellow, and it's a labor of love that's been in the works for quite some time.

The first draft of the story came about through NaNoWriMo 2007. I had wanted to write a Lovecraftian horror story for some time, and had been kicking around a few ideas. Ironically, it was Robert W. Chambers' The King in Yellow that ended up serving as the inspiration for what I would go on to write.

With only a vague outline, I dove into NaNoWriMo. Almost immediately, the story took on a life of its own, and went in directions I hadn't anticipated. What began as Gothic horror evolved into a hybrid of that genre, sci-fi and occult horror. The story was a blast to write, and reminded me of the stories and movies I loved growing up. Once it was done, I had a rough proof copy printed, with the intention of publishing the book soon afterward.

That never happened though, as I ended up getting freelance work covering video games for Comic Book Resources, which sent me down a completely different path for a couple of years. Last year, I took the NaNoWriMo challenge again, and wrote another story, this one much more grounded in Lovecraftian horror.

But I still had the unpolished draft of my 2007 NaNo novel sitting on my shelf. So, I decided to go back to it, and the result is Courting the King in Yellow.

I am hoping to have to book available digitally within the next week, as it's a Halloween tale, and this is the time of year for horror. For now, I'll leave you with the official back cover copy for the book:

When Melotte Pharmaceutical moved into the struggling city of Springfield, residents saw it as a godsend.

But while the city’s fortunes appear to be turning around, something sinister is brewing within its homeless population. Four newfound friends stumble onto a horrific plan for the city, and their lives will never be the same again.

Because on Halloween night, a new horror will be coming to Springfield, and they are the only ones who can stop it.
Posted by See Brian Write at 8:01 PM

Email ThisBlogThis!Share to TwitterShare to FacebookShare to Pinterest
Labels: Courting the King in Yellow, NaNoWriMo, Writing