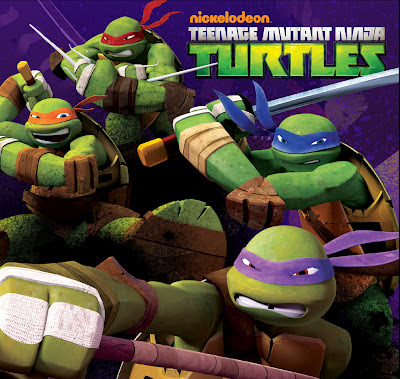 I can't believe I'm saying this, but I think Saturday mornings might be back!

When I was a kid in the late 70s and early 80s, I would get up at about 6:30AM and watch an amazing lineup of cartoons until about noon. Every single Saturday. Everything from the Super Friends, to Spider-Man and His Amazing Friends, to Honk Kong Phooey--the list of awesome cartoons was endless. Saturday mornings were actually considered an important time block for TV, and there were even prime time specials at on the major networks each year previewing their upcoming fall cartoon lineups. It was amazing.

When I had kids and they were old enough to enjoy Saturday morning cartoons, the Saturday morning I knew didn't even exist anymore. No dedicated time blocks, and most of the shows were garbage.

But slowly, over the past few years, Saturday morning cartoons have started to make a comeback. And right now, there is a block of cartoons on Saturdays that are fantastic. Check out this lineup:

That's a solid 2.5 hour block of cartoons between Cartoon Network and Nickelodeon. Granted, it's not the six-hour marathon of my childhood, but at least me kids can now get an idea of what Saturday morning should be about--a big bowl of cereal and a lot of cartoons.
Posted by See Brian Write at 9:46 AM

Email ThisBlogThis!Share to TwitterShare to FacebookShare to Pinterest
Labels: TV