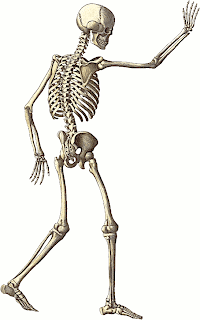 A quote that has been attributed to Leonardo Da Vinci, and adapted by various other creatives over the years, is one of the truest things I’ve ever read:

"Art is never finished, only abandoned."

About a month ago, I released the digital versions of my first novel, Courting the King in Yellow. Throughout the final editing process, I had used beta readers to get story feedback, catch mistakes, etc. So the book that was released in late October was the version I was willing to push out of the nest, especially since I wanted to have it out there before Halloween (the story takes place around that holiday).

Over the past month, I’ve been finalizing the print version of the book, which consists of formatting, tweaking, and reviewing actual print proofs. During that time, I’ve caught things here and there that I needed to fix (sneaky typos, some wording issues here and there), and I’ve noticed other things that I would change if I were to do it all over again.

This process has reinforced a lesson I have known throughout my time as a writer--it’s never done. Every time you get under the hood of something you’ve written--a short story, a comic script, a novel (or even this blog post), you find something to tinker with. From big things like the way a scene plays out, to smaller things like a line of dialogue, the structure of a particular sentence, or that one small typo that you find after you swear you had fixed them all--it’s never done. You just have to get to the point that you are at peace with the creation you’ve put out there, whatever flaws it may have.

The print version of Courting the King in Yellow should be finalized by mid-December, and that version is the best version of my book that I am at peace with releasing into the wild. That will be an important day, as it’s really the last piece of being able to focus more on marketing the book, and moving on to my next project.

As exciting as it is to finally share my book with anyone who wants to read it, there is a part of the process that is also excruciating. Because let’s be clear--Courting the King in Yellow will never be truly finished. Right now, as I write this post, that story continues to live in my head. If I were to sit you down and tell it to you today, what you heard would be different than what you will read in the book. And there’s something kind of cool about that.

A story is a constantly changing, evolving creature. When you read a book, you’re basically getting a snapshot of what that story was at the point in time the author decided to abandon it. Because if he or she didn’t abandon it--if the creator kept toiling away until it was perfect--that creation would never be seen by another living soul.
Posted by See Brian Write at 9:26 AM

Email ThisBlogThis!Share to TwitterShare to FacebookShare to Pinterest
Labels: Courting the King in Yellow, Writing