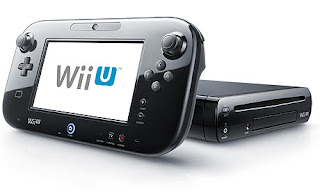 Remember when the gaming hobby was fun?

I know, I almost can’t either. Maybe it’s because everywhere I turn on the internet, it seems like all anyone wants to talk about is how awful every aspect of gaming is. From the vitriolic ranting of entitled “hardcore” gamers, to the PR-driven gaming media, to the embattled developers who are constantly under siege by both, it feels like the hobby is being sucked into a black hole of negativity that threatens to destroy it.

Nintendo launched a new console this week, and if you didn’t know better, you’d think they rolled up on most gamers’ houses in the middle of the night and the threw a brick through their front window. The gaming press has also delighted in pointing out the “faults” of the WiiU, seemingly hellbent on getting revenge for being “duped” by the original Wii. And by duped, I mean that the console that gave us some amazing first-party games, provided a gaming experience that whole families could enjoy together, and has sold 100 million units somehow wasn’t “hardcore” enough for cool kids that were expecting something different than what they got. People are actually rooting for the WiiU to fail, and it’s kind of gross.

I’m not getting a WiiU at launch, but only because I can’t afford it right now. I can’t wait to play ZombiU and New Super Mario Bros. U. My kids will love NintendoLand (and so will I). I’m secretly hoping my wife gets me one for Christmas. She won’t, but I’ll find a way to get one sometime in the New Year.

And if you’re a gamer who’s not interested in the WiiU, that’s cool. But it’s okay for other people to be excited about it, and you shouting from the internet mountaintop about how much you don’t care about the WiiU is kind of weird. I don’t care about the Twilight movies, but this is the first time I’ve ever typed “Twilight movies,” because the people that do like them are doing just fine without knowing how I feel.

I started writing about the games press for this post as well, but I went on forever, so that will be in the next post. In the meantime, everybody go like something, for crying out loud.
Posted by See Brian Write at 6:05 PM