Gaming + The Internet = Sadness (Part 2)--It's Not the Gaming Press, It's You 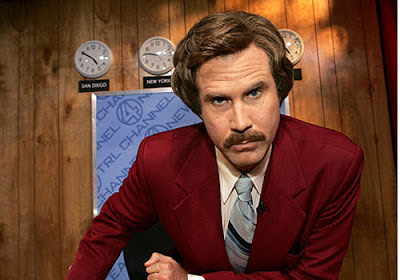 Lately I've been thinking a lot about my favorite hobby, and how my enjoyment of gaming has been affected by all the negativity I see, hear and read from fellow gamers. Yesterday I wrote about the puzzling reaction of many gamers and some of the gaming press to the launch of the Wii U. This time around, I'd like to focus on the gaming press, and the love/hate relationship that gamers seem to have with it.


The most fascinating thing to me about the relationship between gamers and the gaming press is how twisted and abusive it is. It reminds me of people who listen to Rush Limbaugh or Howard Stern everyday, but profess to hate them. When Polygon launched their goofy documentary back in August, Twitter melted as everyone pointed and laughed. But how many of those people now read Polygon's news and game reviews regularly? Same with IGN and their recent revamp of their review scale. According to the internet, it was the worst thing ever. But darned if their ZombiU review doesn’t have almost 3000 comments on it right now (and it’s been up less than 48 hours). And apparently Twitter is now a private investigation firm that constantly monitors the mainstream gaming press for any ethics violations or issues of perceived lapses journalistic integrity.

Here’s the crazy thing--many of the people spending time writing about what’s wrong with the games media, be it on Twitter, their blog, or whatever--WANT TO BE A PART OF THE GAMES MEDIA. On one level that makes sense, as who wouldn’t want to write about a hobby they love and make a living at it? But it’s almost as if these people think that either (a) it’s really easy, or (b) they would be so much better at it than the people doing it now. And so, they spend their time telling anyone who will listen about how all of the gaming press sucks.

In my opinion, there is no such thing as "games journalism." It’s crazy to me why people expect a gaming website or magazine to behave like CNN. At best, gaming media is enthusiast press, a group of people who enjoy games and get to write about them for money. Yet people treat things like one website's slanted take on Hitman: Absolution as if it's the Petraeus affair scandal. It’s not a secret--gaming press outlets have to maintain a delicate relationship with publishers and developers in order to get continued access to information. Gaming websites and magazines feature advertisements for games--that means part of their revenue comes from the same entities they are “reporting” on. If that seems like a conflict, it’s because it actually is a conflict.

If a gaming press outlet wanted to remove any possible appearance of a conflict of interest, then they would feature no gaming ads, and only discuss the retail versions of games after they had purchased them. No early access, no previews, no free copies of games. That will never happen, as gamers have proven to be very hungry for the aforementioned content. They want their reviews before the games comes out. They want interviews and early access. And their pageviews fuel the ad revenue that gaming websites need. Gaming press is part of the PR process for publishers, and that is not going to change anytime in the near future. But that doesn't mean that reviewers can't write honest reviews, or sites can't maintain a sense of integrity about how they cover games.

If there was one thing I would change about how the gaming press covers games, it would be this--get rid of reviews altogether. Most gamers only read them to validate the opinions they already hold, and non-gaming consumers (i.e. grandma buying a game for her grandkid for Christmas) don't read gaming sites anyway. Instead, focus on developer interviews, previews and a larger discussion of people's experiences with different games.

I guess what I’m saying is that sure, there are a lot of things that could be done differently in the way enthusiast press outlets cover games. But gamers themselves are as much a part of the problem as the press is. Gaming press outlets spend way too much time responding to angry gamers about everything from review scores to which console a certain site is biased toward, to conspiracy theories about bribes and a laundry list of other nonsense. Imagine if they could put that energy into talking about games instead of defending themselves from their own audience all the time.

Want to know how you as a consumer of gaming media can help change things? Here are a few suggestions:

-Stop berating reviewers because they game your new favorite game less than a 9.

-Actually read people’s reviews and not just the scores at the end of them.

-Stop looking for controversy in every tweet, post, review or article. You’re sucking the life out of the people who write them.

-Stop acting like any game that gets less than a 7 isn’t worth anyone’s time or money.

-Talk about things you like on the internet, instead of what sucks.

-Read features on gaming websites. They are what the writers would like to focus on more, but because you don’t read them, they have to write top 10 lists instead (because they get more clicks).

-Start your own blog and write about the aspects of gaming you love (see Co-Op Critics). It may never result in a paying gig, but at least you’re putting your energy into celebrating your hobby, as opposed to bringing about the demise of it.

So to recap  all of my meandering babble is just a very long-winded way of saying that we should focus on the positive. We're talking about games, man. Games. Things we like.

And to leave you on a positive note, here's three awesome things about games today:

2. Epic Mickey: Power of Illusion is out for the 3DS this week, and it's a throwback to the great SEGA Genesis Disney platformers.

3. My favorite gaming site, 1UP, is running a great cover story this week about why they love games. It's a joy to read. Check it out here.
Posted by See Brian Write at 2:29 PM