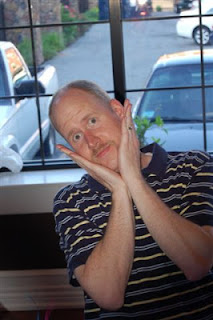 I actually have a bunch of things going on right now in terms of writing projects, so I figured I’d do some quick updates this week:

Courting the King in Yellow
As I write this, I am waiting for the proof print copy to arrive on my doorstep. Once I make sure everything printed the way it was supposed to, I will be turning on the print option of my Drive Thru Fiction page, and folks will be able to get the ebook, the print version, or both (at a discounted price). At this time, I think the print version of courting the King in Yellow will debut for a limited time at a $9.99 price point (down from the $14.99 regular price). You’ll be able to grab the print and digital versions for $11.99 ($2 off the regular digital price).

I’m also considering doing a series of short podcasts that would serve as a writer’s commentary on the book. I would record a 5 or 10-minute segment on each chapter, discussing what was going on, my approach to that chapter, what changed from draft to final copy, and so on. The episodes would be free.

I’ve also thought about creating a few more music tracks to form a soundtrack for the book. I had a lot of fun making the music for the trailer in GarageBand, and I have a few more ideas.

Secret Identity Anthology Project
A handful of members of the Secret Identity community are putting together an anthology magazine in the style of the old pulp magazines. I’ll be writing a short story for the project, which will involve one of the bit players from Courting the King in Yellow. The theme for the magazine will be “tales of vengeance,” and it will feature comics and short fiction. The plan right now is to put the magazine out in the Spring.

Mo Stache
The webcomic I’ve been writing for the past two-plus years in now in its final chapter (all of which you can read at www.mostachecomic.com). The artist John Cordis and I are wrapping up the rest of the script, and we will continue to post pages on a weekly to bi-weekly basis until the story is done. Our plan is to collect the finished comic in print sometime in late 2013 or early 2014.

Co-Op Critics
I am very happy that the gaming blog I started over a year ago has really blossomed over the past several months. Co-Op Critics (www.co-opcritics.com) originally began as a small blog for my friend Dan Evans and I to elaborate on the gaming-centric episodes of Secret Identity that we were doing. But, we couldn’t record often enough and the two of us weren’t updating the blog on a regular basis. So, early this past summer, I enlisted the help of a few of our regular gaming crew to contribute to the blog, and it’s become something pretty awesome. In addition to regular posts by me, my buds Kim Wong, Dave Fetterman, Dan Evans and Erik Halston are contributing as well. Right now, kim has a great series of posts going about some of his best gaming memories, and I just started a series about jumping into the free-to-play version of Star Wars: The Old Republic. Check it out if you enjoy discussions on our experiences with games.

Book #2 (??)
I already have the first draft of my second novel written. The book will be the start of a new series, and it won’t be directly related to Courting the King in Yellow (although there may be a shared universe between the two). I will be talking much more about the project next year, and I may even get beta reading going at the start of the New Year. I am very excited about the project, particularly the main character, who I’ve been developing for years in my head and in a ton of notes. I even wrote the first script for a comic series back in 2008 that evolved into a good portion of the novel when I wrote it last year.

Last but not least, I continue to write over at Secret Identity, as Matt and I update the site daily in addition to putting out two episodes of the Secret Identity podcast each week.

So, I’ve got lots of fun stuff going on, and I won’t be slowing down anytime soon. More to come!
Posted by See Brian Write at 11:46 AM