My Favorite Christmas Song of All Time--"Old City Bar" 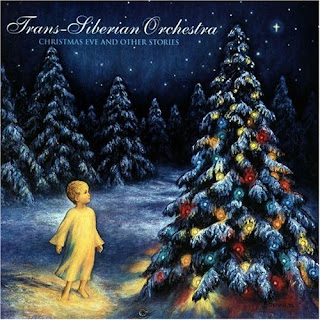 A friend of mine asked a question on Twitter the other day about what people thought was the best Christmas song of all time. I knew immediately what my answer was, but then I wondered how many people even know that the song I would name even exists? Because my favorite Christmas song of all time isn’t played on the radio a lot this time of year, and it’s not featured in every “Holiday Classics” collection CD you find on the racks of checkout lines in department stores.

In my humble opinion, the greatest Christmas song of all time is called “Old City Bar,” and it comes from the rock band Trans-Siberian Orchestra.

You may remember a 90's music video from TSO called “Christmas Eve/Sarajevo 12/24”--it’s easily their most well-known song. The rousing instrumental is used to this day in commercials around the holidays. You can watch an updated version of the video in the player below.


Ironically, my favorite Christmas song of all time is on the same album as “Christmas Eve/Sarajevo 12/24,” but is much less known outside of the band’s followers. It’s a shame, because the song is truly one of the most heartwarming and also heartbreaking that you will ever hear.

“Old City Bar” tells the story of a Christmas Eve in a New York bar, where a young boy (an angel in disguise) wanders in and informs the bartender that there’s a girl outside who’s in need of help. As the bartender looks out into the snowy evening, he sees a girl standing by a broken payphone. Something comes over him and he takes the evening’s earnings out of the register and goes outside. The customers in the bar watch through the window as the bartender calls a cab for the girl, and sends her to the airport with enough money to get home. When the bartender turns to talk to the young boy, he’s gone. The bartender then goes back inside and the patrons drink for free for the rest of the night. The entire story is told from the perspective of one of the patrons.

I’m really not doing the story justice, as you need to hear the amazing melody and the emotion the song is performed with. There’s a powerful message that’s delivered after the singer tells the story of the bartender and what he did:

If you want to arrange it,
This world you can change it
If we can somehow
Make this Christmas thing last,

It’s usually by this point in the song that I’m openly crying, and I’m getting a little choked up as I type this. It’s an emotional message to be sure, but I think this song also hits me hard because I used to run group homes for kids who were in situations not that unlike the girl in this song. I hope you get something out of this song as well, because it truly is my favorite Christmas song (and maybe Christmas story) of all time.

I would also recommend checking out the entire Christmas Eve and Other Stories album, as there is a larger story that connects all of the songs, and the whole album is outstanding.

You can get the mp3 of “Old City Bar” on Amazon for $.99, and it’s so worth it. Below, there are also a couple of fantastic live performances of the song by TSO, with two different singers. The first is Ronny Munroe, and the second is Bart Shatto, both of whom give an inspired live rendition of it. Before you watch these, I would highly recommend you listen to to the original album version, as you’ll enjoy the performances even more.