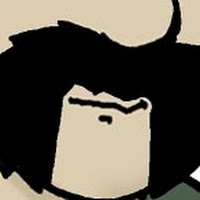 I received a notice the other day that it was time to renew my web hosting plan for Mo Stache. As I began pricing that out (and realizing how expensive it is), I started to think about whether it made sense to move Mo over to a Weebly site, which is the platform I use for Secret Identity.

I originally launched Mo on a free Weebly site a few years ago, but it became quickly apparent that the platform was not set up well for webcomics. The biggest issue at the time was that there was a size restriction on images, which meant I could only display comic pages a thumbnails, which you’d have to click on to see in a larger format. That kind of disrupted the flow of reading the comic, and I eventually decided to buy a hosting plan and move over to WordPress.

To this day, most webcomics use WordPress (and a plugin called ComicPress) as their platform of choice. It provides a decent experience for the reader, but in my experience it’s been a nightmare to work with. Setting up the initial site was a weekend-long endeavor that involves phone calls, lots of cursing, and tons of trial and error. I also had to start from scratch about a year ago when a software update crashed the site, and I couldn’t figure out why. In a nutshell, I hate WordPress and the only reason I’ve used it to this point was because I didn’t want to have to start over again, especially now that we’re approaching 100 pages of our comic.

But, I use Weebly daily for the Secret Identity site, and I love it. While the basic tools are still not the best fit for webcomics, the image size issue has long since been addressed, and I think that I could build a decent site for Mo on the platform now. Best of all, I could do this with the free tools that Weebly has without needed to purchase an additional hosting plan.

So, I’m going to start building a site on Weebly while still hosting the comic on WordPress for now. If I can make it work, the switch will be on. If not, I may be stuck with WordPress for the duration.
Posted by See Brian Write at 3:50 PM