Why Valiant Joining Kindle Worlds is a Big Deal 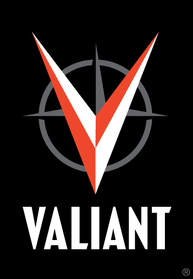 When Amazon announced their new fan fiction initiative Kindle Worlds recently, speculation immediately began as to how soon we'd see comic properties join the party. The prevailing theory was that DC would get in on the mix first, as WB-owned CW properties like Vampire Diaries were among the first licenses announced for Kindle Worlds.

Last week though, Valiant and Amazon dropped the bombshell that X-O Manowar, Archer & Armstrong and other well-known Valiant titles would be participating in Kindle Worlds.

To be clear, this means that you can write stories about the Valiant characters and be compensated for doing so.

This is megaton news people, and I expect this to have a major effect on the comics industry moving forward. Make no mistake, Valiant is just the first comic publisher to jump on board with Kindle Worlds. There will be many more to follow, and I can envision this initiative becoming a recruiting pipeline for comic writers in the very near future.

You may be scoffing at the idea of fan fiction, but when it comes to the comic industry, a good percentage of comic writers are writing fan fiction. Particularly at the big two publishers (Marvel and DC), writers are working with established characters that are not their own, writing stories in worlds they did not create. The only thing separating it from what we think of as fan fiction is the fact that these writers have permission to write these stories, and they are being compensated for it. Which is exactly what Kindle Worlds will provide for writers who participate in the program--permission and compensation.

I am very excited about this, and I'll definitely be taking a crack at writing stories for some of the Valiant characters. Who knows, perhaps the fine folks at Valiant will like my take, and I'll be writing comics for them someday.

You can't win if you don't play. Bring it on! 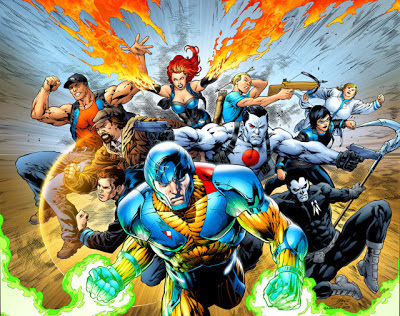