The Integrity of the Interview Process

A bit of a rant for today: 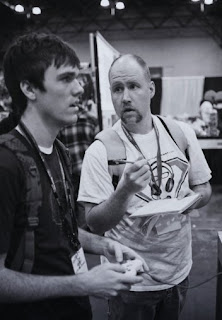 Between my time as a freelance game journalist and my seven-plus years as a podcaster, I’ve done hundreds of interviews. Whether they were for print, video or audio, all of my interviews had one thing in common--integrity.

Integrity--what the heck do I mean by that? Well, Webster defines integrity as “a firm adherence to a code of especially moral or artistic values.” As that concept relates to interviews I've done and will do, it means there are certain rules I follow that I never waver from. They are:


Why am I writing about this? Because today a good friend of mine had his words twisted by a site that he gave an interview to recently. They took great liberties with his written responses to questions they had emailed him, and the resulting article included fabricated statements that could be seen as inflammatory.

I’m not using specifics or linking to the article, as my intent isn’t to give more attention to the people who did this. My intention is to remind anyone who does interviews for a podcast, website or news outlet that we have an obligation to uphold the integrity of the interview process. Because when someone doesn’t it not only makes the rest of us look bad, it forces a lot of creators to think twice about whether or not to say ‘yes’ to the next person who asks them for an interview. And if they don’t say ‘yes,’ we all lose. They don’t get to promote their work as much as they could, and we don’t get to hear about the creative process that went into it.
Posted by See Brian Write at 6:32 PM