NaNoWriMo Diaries: Playing by the Rules 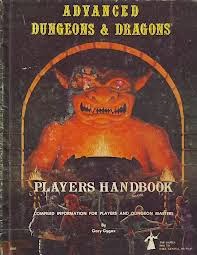 As I’ve mentioned previously, my NaNoWriMo project this month is the sequel to Lovecraft’s Curse. I knew when I wrote that book it was the beginning of the series, and the second full-length book that was set in the world of the Parted Veil (the first being Courting the King in Yellow).

My goal was always to have Courting the King in Yellow and future stand alone stories exist in the same world as Lovecraft’s Curse, and intersect at points with that series.

Well, almost as soon as I got into writing the sequel to Lovecraft’s Curse, I realized there was a very direct connection to Courting the King in Yellow. So, this book is actually becoming a direct sequel to both of those, although the cast of Lovecraft’s Curse will be front and center moving forward.

The cool and at times very challenging thing about writing a horror/fantasy series is that it’s full of magic and monsters. That means I’m creating some sort of parameters around these things, and they need to be consistent between books. The way magic works in the world of the Parted Veil, for example. I’ve decided there are different types of magic in the world, and I’ve only really introduced a couple of them. I need to flesh out the rules for each type of magic, and then make sure I follow them.

Working on the latest Parted Veil book as my NaNoWriMo project means a lot of the rules and systems I just mentioned are being developed on the fly. I’m taking what has been built in the first two books and elaborating on it. While that might sound like a nightmare, it actually feels pretty natural to me. I grew up playing roleplaying games like Dungeons & Dragons, which in many ways are storytelling games. As someone who has run many a game, I’m used to telling a story as I go along, a skill that serves me well during NaNoWriMo.

Not to mention, the goal of NaNoWriMo is to get the words out, and then clean them up later. I can always go back and fine tune the details altar, which is something I’m looking forward to. The D&D nerd in me can't wait to start tweaking those rules.
Posted by See Brian Write at 1:38 PM