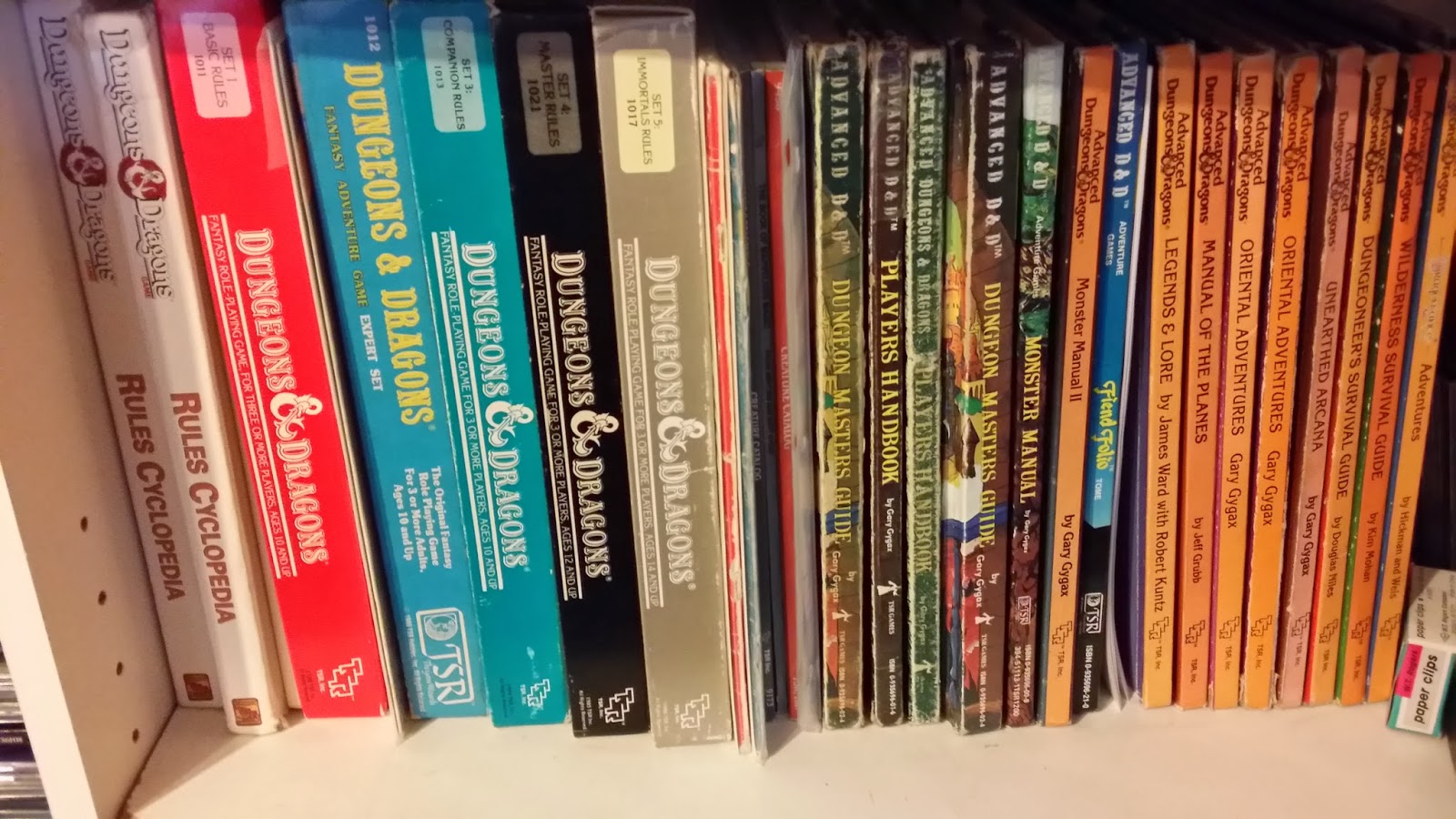 I think every writer has a list of projects they would like to work on at some point. I’m not talking about the kind of stuff they normally write, but things that are a bit of a departure for them.

For me, one of the projects I’ve always wanted to complete is writing and designing a roleplaying game. As a kid who grew up playing Dungeons & Dragons and still loves RPGs to this day, I have entire bookcases filled with different roleplaying games from the past 30-plus years. So, it's not really surprising that after spending hundreds of hours with them over the years, I want to make a game of my own.

I’ve dabbled in game writing in the past, but none of what I’ve done has really seen the light of day. I wrote a one-off adventure as a playtest tool for the Chronicles of Ramlar RPG, based on my pal Alana Abbott’s Redemption trilogy characters. I also wrote a module for the Living Kingdoms of Kalamar campaign, but the approval and distribution process kind of stalled.

I’ve actually been working on designing an RPG from the ground up for the better part of five years now, chipping away at it in between other projects, putting it away for long stretches and then tinkering with it again. If you’ve read my blog for any length of time, you may even remember me posting about the project almost three years ago, when I was thinking it would be my main project moving forward. Turns out it wasn’t, but that has not dulled my desire to bring this game to fruition.

Since I last put the project on the shelf, I have published two horror novels (Courting the King in Yellow, Lovecraft’s Curse) and a short story (Private Showing) set in the same world. It’s a world I would like to flesh out more, and one that I think it would be cool for others to explore as well.

So, I’ve pulled out the draft I was working on, dusted it off, and I’m working on it again. My goal is to create an RPG rules system that can be used for any world, but also provide a companion setting based on the world of my books.

From time to time, I may post about how that process is going. It’s probably going to be slow, as I’ll be working on it as I continue to write the proper books and stories. But, it’s a fun side project that allows me to tap into another passion of mine--gaming.

Stay tuned!
Posted by See Brian Write at 6:41 AM