Some Thoughts on Amazon, ComiXology and iOS 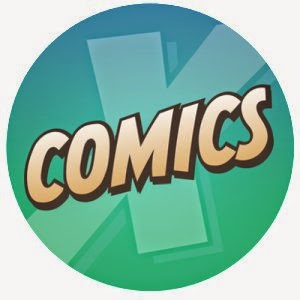 Ironically, just after we recorded an episode of Secret Identity where I was talking about the positive aspects of Amazon buying ComiXology, this past weekend brought the first a decidedly negative result of that deal.

ComiXology announced changes to its iOS app that removes the ability for consumers to actually buy comics through in-app purchases on iOS devices. This means that in order to get new comics on your iPad or iPhone, you'll need to purchase them through www.comixology.com and then sync them to your device.

That may not sound like a huge deal, but here's why it is. First, most comics that are bought through ComiXology are purchased through the iOS app. Secondly (and more importantly), the ability to make in-app purchases fosters a lot of impulse buying. You see a comic on sale, or finish a book and are thinking of grabbing the next issue, and with one touch, it's yours. That functionality is gone now, and a lot of that impulse buying is gone now, too. This will very likely lead to people trying out fewer new books, and an overall decline in digital comics sales altogether. That's bad.

To ease the pain a little, ComiXology is giving users a $5 credit, and there is a tutorial over on the ComiXology tumblr that shows you how to add the web store to your iOS home screen for easier access. But at the end of the day, you'll still have to go outside the iOS app to purchase comics.

A change was made to the Android app as well, but you'll still be able to purchase comics through the app--it will just be going through the ComiXology website instead of Google Play, as Google also takes a cut of in-app purchases.

Now, there is a reason Amazon is doing this. Currently, Apple takes a 30% cut of any in-app purchases made on iOS devices. Now that Amazon owns ComiXology, they don't want to pay the "Apple Tax," and that makes perfect sense. It's a big cut that Apple takes because it can, but Amazon can avoid it by taking purchases outside the app.

This isn't a new tactic by Amazon, either. They do the same thing with their Kindle app for iOS, so it's not entirely surprising that they followed a similar route with ComiXology. It should also be noted that Amazon charges a similar percentage to those that put content out through its platform. For example, I get 70% of the sale when I sell one of my books on the Amazon Kindle, and Amazon gets 30%. But if my books were available to be purchased in the Kindle app on iPad, both Apple and Amazon would be taking a cut.

So while one less party is now taking a percentage of a comic sale when someone purchases through ComiXology, it will likely mean less sales overall. And that's bad news for both creators and readers.

Amazon will have to hope to make up the difference in lost sales by selling a ton more through the ComiXology website, the Kindle, and other Android devices.

I personally don't think they will. And the lack of impulse sales could really hurt independent comic creators, and the growth of digital comics overall.

Time will tell.
Posted by See Brian Write at 6:09 AM