That Magic Moment--The Value of the Connected Reader 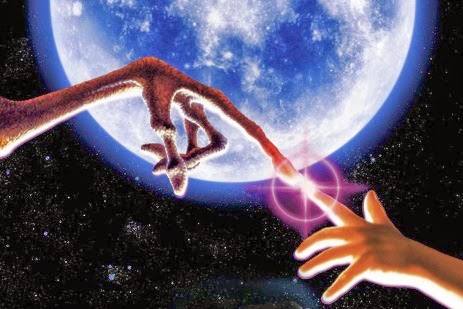 When it comes to reading comments and reviews, I know some writers who avoid them like the plague, and others who feel they are essential in terms of feedback. I probably fall somewhere in the middle of that spectrum. I appreciate when someone takes time to post a comment or review about something I've written, but I try not to get too high or low based on what they have to say. I'm just glad they took the time to read my work, and I'm even happier if they were entertained.

In terms of feedback, the most valuable thing to me as a writer is when a reader connects with a story or character I created, and wants to interact with me about it. I had a great experience recently I wanted to share.

Someone I know read Courting the King in Yellow a couple weeks ago and wanted to process the story with me afterward. She had questions about the events and characters that went beyond the book, and was genuinely interested in what happened before and after the story I had written. It just so happened that one of the characters that clicked with her the most was Nita Young, who I gave a supporting role in CtKiY, but revisited in the short story Private Showing. She read that story and became even more invested in the character, leading to another great discussion and many more questions. Some of those questions were answered in my second book Lovecraft's Curse, and some are being answered right now in the book I'm currently writing. In fact, I happened to be writing a scene with Nita in it at the time, and was delving deeper into an area this reader was asking about.

I'm babbling a bit, but the point is this--that series of discussions with that one reader was so amazingly validating. I don't know that readers realize what a profound effect they can have on a writer. As much as we say that we write for ourselves, and we don't pay attention to the bad stuff, we all hope that the things we write will connect with someone who reads them. And when that connection occurs, and that reader lets us know--there's no other feeling like it. The motivation that type of interaction provides can't be found anywhere else. At least for me, anyway.

So, if you've taken the time to read a story I've written, thank you. And if you really connected with something in that story, I'd love to hear about it. You may even give me some ideas about where to take things next!
Posted by See Brian Write at 4:00 PM