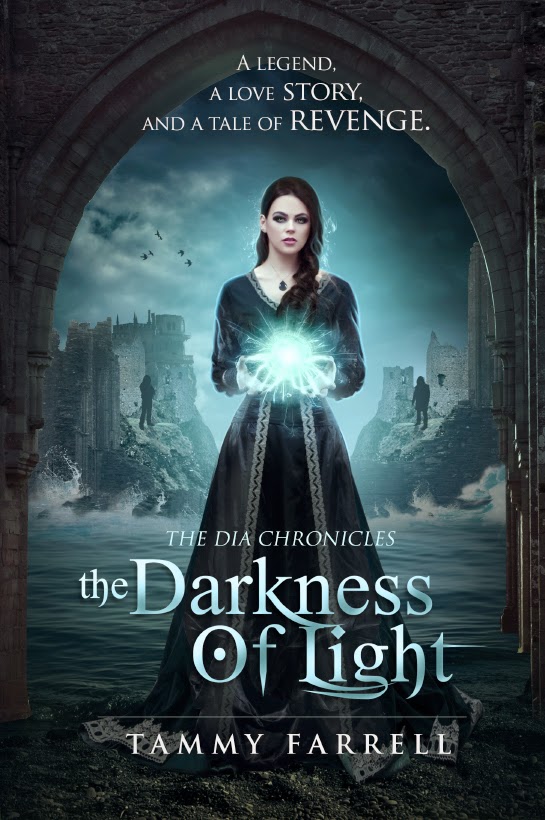 After finishing the first draft of Lovecraft’s Pupil, I began plotting out the next book in the "Parted Veil" series, and it will have a lot of dark fantasy elements to it. So I was looking for a good dark fantasy novel to get me in the right frame of mind, and Tammy Farrell’s The Darkness of Light fit that bill perfectly. The first book in her “Dia Chronicles” series introduces readers to a world of magic, dark secrets and obsession in which a young woman must figure out who she really is and take control of her own destiny before everything she cares about is taken from her.

There’s so many things I like about this book. First off, Farrell paints such vivid pictures of the world, the characters and the magic they possess that I became immersed in the story almost immediately. The way she handles magic is interesting without being overly complicated, and the she adds weight to the magic by showing just how corruptive its power can be.

The main character Mara is one that you root for, but she’s flawed as well, and I really liked some of the choices Farrell made with her. She doesn’t play it safe with any of the characters in fact, and I appreciate that, both as a reader and a writer.

Farrell left the first installment of this series in a satisfying place, while paving the way for the next book. I personally feel like the ending of a book (particularly in a series) is the hardest part to stick, and she did just that.

All in all, The Darkness of Light is a great start to a series I’m looking forward to following.

You can pick up The Darkness of Light on Amazon, Barnes & Noble and Kobo right now. You can also learn more about the series at Tammy's website.
Posted by See Brian Write at 6:08 AM