A little over a week ago, my Secret Identity show partner Matt and I were driving through Connecticut with a carload of people on the way to New York for the first Special Edition: NYC. Knowing it was going to be a comic-focused show by the folks who run New York Comic Con, we had a pretty good idea of what to expect. I’m happy to say, Special Edition: NYC ended up being exactly what we wanted it to be--an Artist Alley filled with a Who’s Who of comic creators.

For those that have to been to NYCC the past few years, Special Edition: NYC took place in the same location that Artist Alley has been in. In addition to all of the creator tables, there was also a healthy mix of vendors selling comics, games, toys and more.

NYCC can be a bit overwhelming, as the entire Javits Center is packed wall to wall with so much to see you don’t know where to start. The vibe at Special Edition: NYC was much less frantic. Everyone was very laid back, and since the show was in one area of the building, people really took their time to walk the aisles, as there wasn’t somewhere else to run off to (unless you were going to a panel, of course). 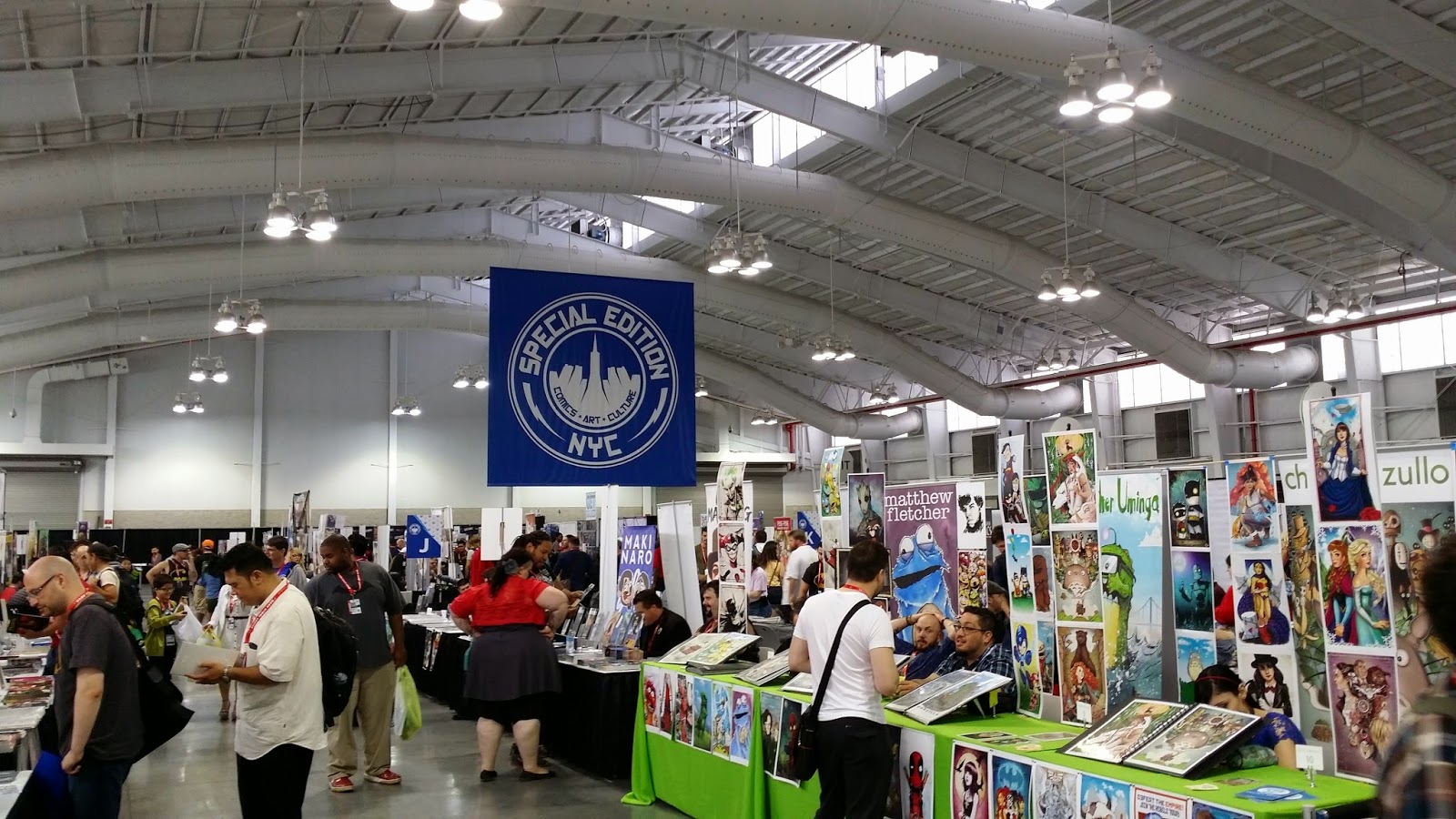 As with NY Comic Fest, I came into Special Edition: NYC with a handful of “must-have” interviews, and I pretty much got all of them.

I spent some time with Joe Kelly (I Kill Giants, Man of Action, Deadpool) talking about his heartbreaking Rhino story from Amazing Spider-Man (issues #617 and #625 if you want to read it). I sat down with James Tynion IV to talk about The Eighth Seal and his new series The Woods. Marguerite Bennett and I talked about her recent Lois Lane one-shot and how great a Lois ongoing would be. And I actually got to watch artist Will Sliney (Fearless Defenders) sketch one of my favorite characters of all time as I interviewed him about the upcoming Spider-Man 2099 series. 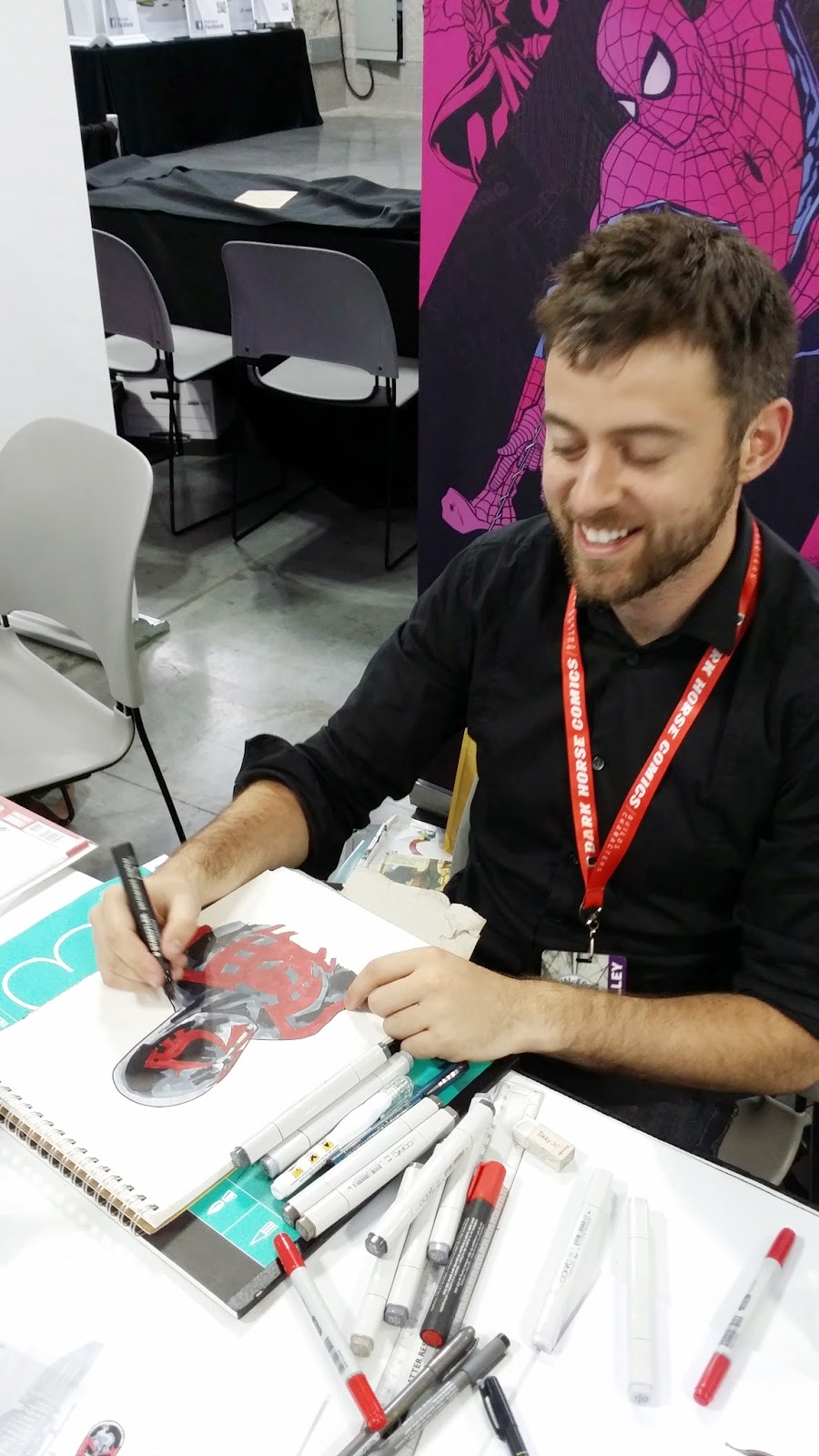 So from a wish list standpoint, I had a pretty great day of interviews. But one of the best things about Special Edition: NYC was that it was wall to wall creators. Everywhere I turned, there was someone I wanted to interview. We were there less than five minutes when I saw and sat down with Enrica Jang, who adapted Poe’s The Cask of Amontillado and is writing the upcoming House of Montressor. I had just reviewed The Cask of Amontillado in episode #593 of Secret Identity, and it was great to talk with a fellow Poe fan about what makes that story so memorable.

A little while later, I saw the first issue of Madame Frankenstein at a table and walked over to meet series writer Jamie S. Rich (It Girl and the Atomics, Archer Coe). He was sharing a booth with Mike Allred, and during our interview, we were treated to a demonstration by an escape artist (you will literally hear the chains jingling while I’m talking to Jamie). I also ended up picking up Archer Coe and The Thousand Natural Shocks, which I cannot wait to dive into.

In addition to getting a slew of great interviews, I also spent some money. There was a vendor who had a tone of Minecraft stuff (my kids’ current obsession), and I was able to grab a couple of the strategy guides that have been sold out here at home. I got some extra dad points from my kids, which was well worth spending most of my allowance. I also picked up the Archer Coe trade from Jamie and a great Poe anthology from Enrica Jang.

I also ran into plenty of friends at the show. It’s always a pleasure to see Mike Norton (Battlepug, Revival), and we spent some time catching up. Our good friend and fellow podcaster Darrell Taylor was there, and recorded a great Valiant panel for his Valiant podcast. And for the third time in three weeks, I ran into longtime listener of the show Mike S. (known as Six Shooter on the SI boards). Our friend Lacey Gilleran from G33king Out was there working for ReedPOP, and we got some cool swag to bring home from her. And we were accompanied by a trio of Matt’s friends who were all attending their first comic show. They had an amazing time, and it was great to see their reactions to the sights and sounds we sometimes take for granted. 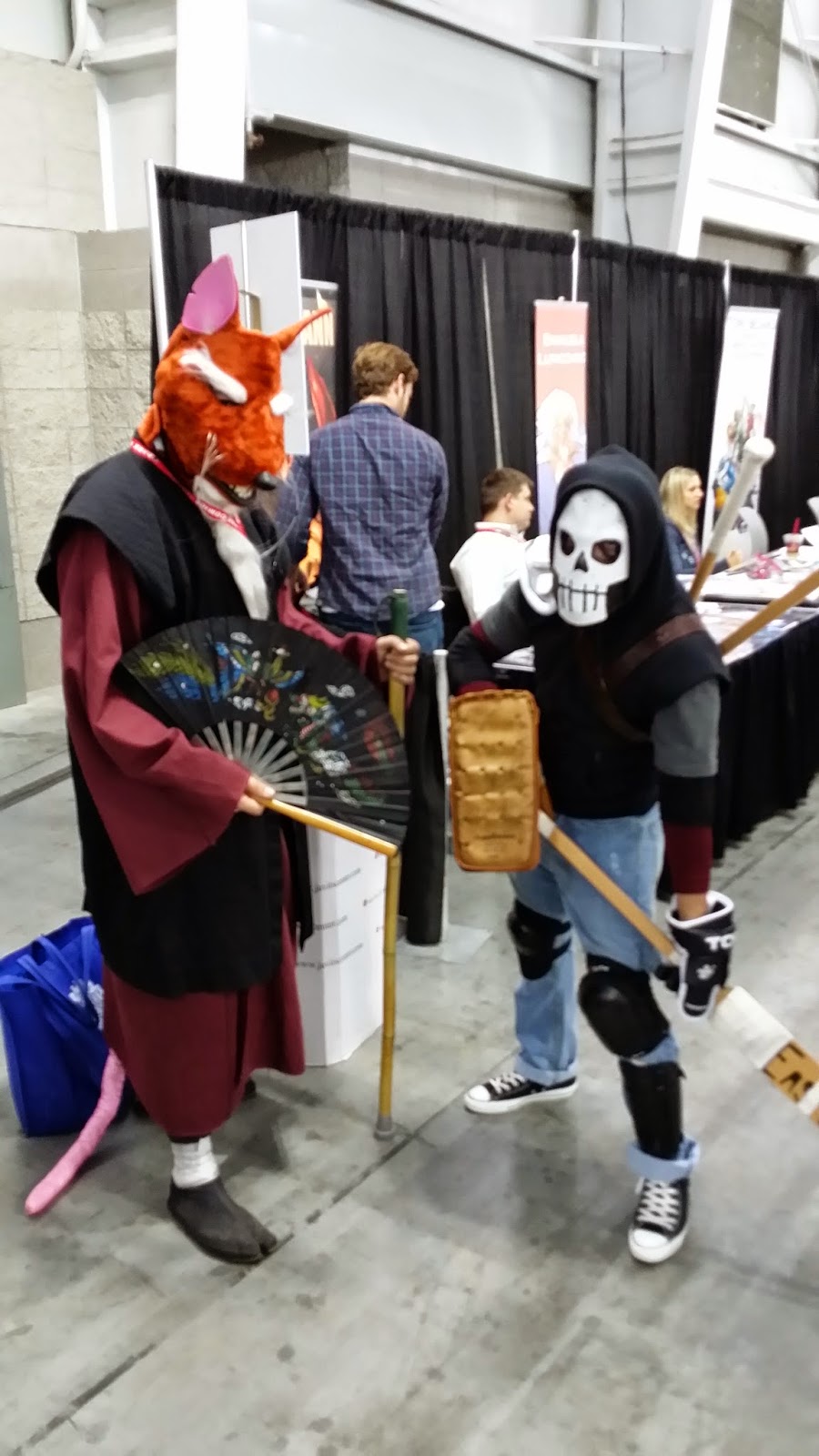 All in all, Special Edition: NYC was a blast. We got some great interviews, caught up with some friends and came home with some great comics. You really can’t ask for any more than that.
Posted by See Brian Write at 8:36 AM