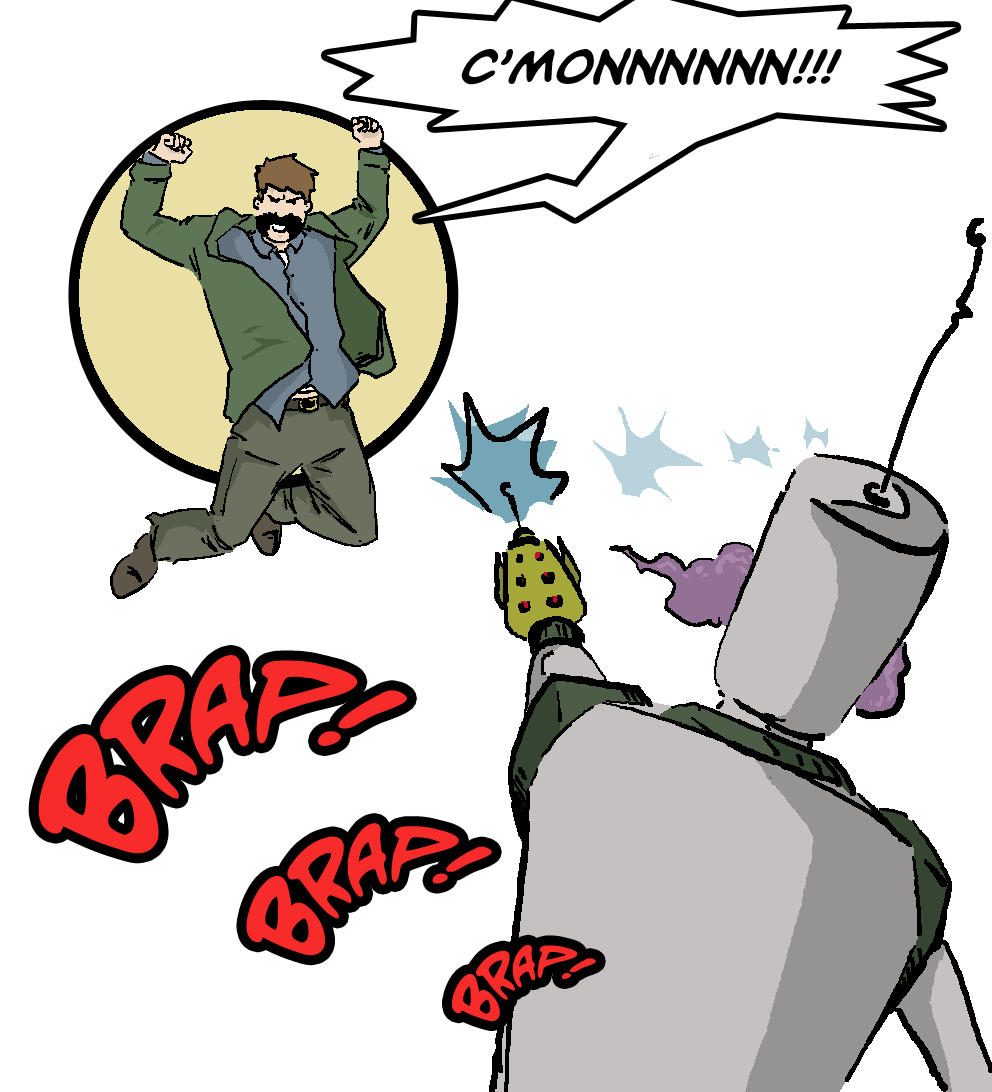 Last week, John Cordis and I wrapped up the latest chapter of Mo Stache, and we’re currently getting ready for the fifth and final chapter: Hair on Earth.

As we do each summer, we’ll be taking a short break in between chapters. John and I both have kids (John actually has another on the way in August--congratulations!), and summer is a blur of family activities, sports, trips and other craziness. So, we take a break each year around this time to focus on family and give ourselves some time to catch up.

And speaking of catching up, our break offers you, gentle reader, a chance to catch up on our 120+ page story so far.

For those that have never heard of Mo Stache, here’s my elevator pitch: Mo Stache is the story of Dave Reynolds, an average guy who wakes up one morning with an alien living on his face. What follows is an epic tale of facial hair, alien invasions, sasquatch-like rampaging monsters and more.

A lot has happened so far, but I feel very confident in saying that the final chapter moves at a breakneck pace compared to the previous four chapters. There is a sense of chaos that I want to maintain, as Dave’s life has gone from weird to flat-out crazy, but he has to roll with it as there are much bigger issues at hand--like the fact that the city has been invaded by aliens who are transforming citizens into hairy monsters. 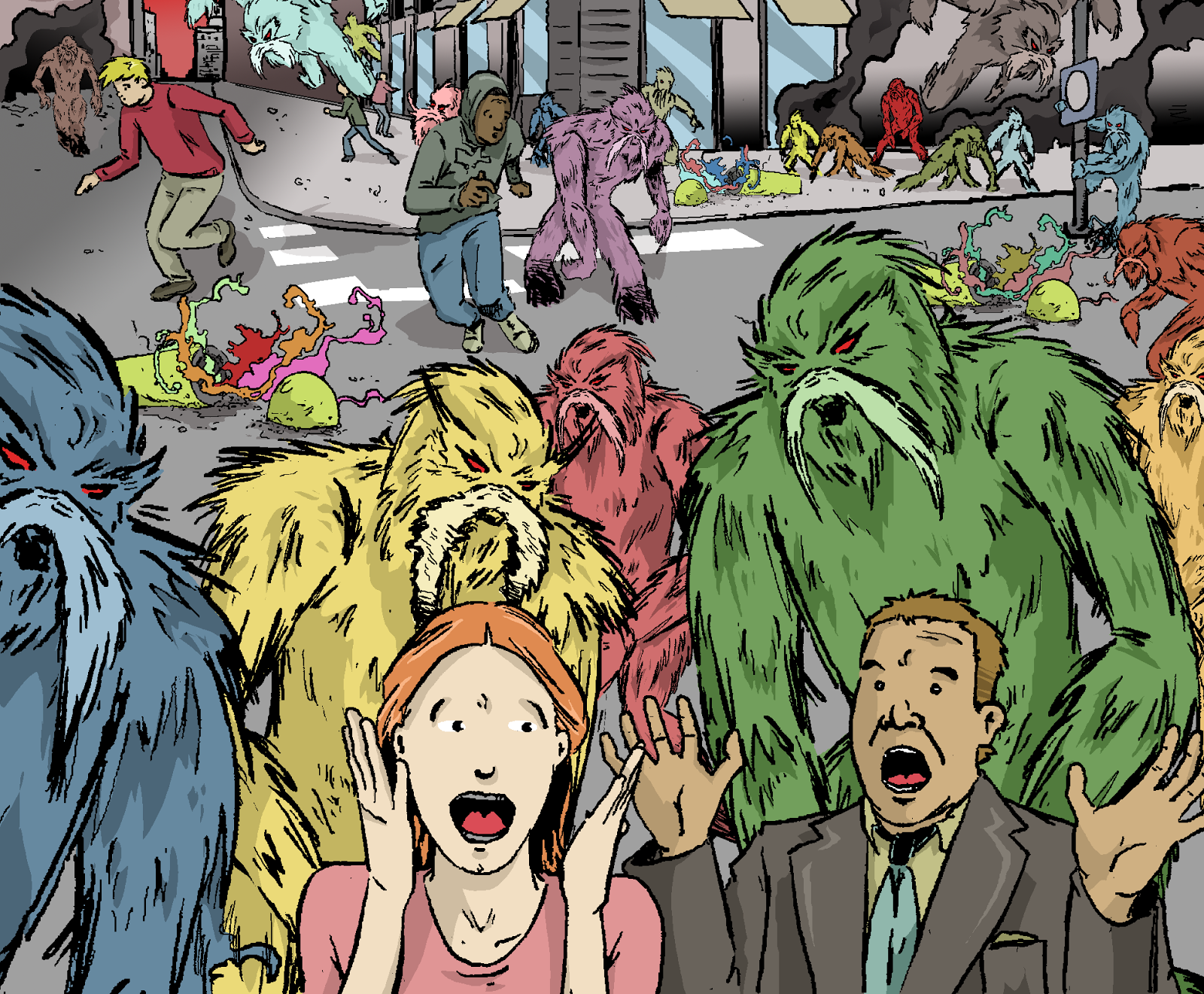 While we’re on break in-between chapters, I’ll be blogging a bit more about Mo Stache. I write mostly about my prose projects around here, but writing a comic over the past four years has been an amazing learning experience, and there are many lessons I’ve taken from that into writing my novels.

I’m thinking about doing some commentaries on each of the first four chapters in the form of special episodes of the See Brian Write podcast. There’s a good chance John will join me for those as well, and it will be nice for folks to get to hear from him.

So in summary, go catch up on Mo.

Did I mention you can read the entire series for FREE?

What are you waiting for?

We’ll be kicking off the final chapter on September 3rd, and it will be awesome. Because AJ wouldn't have it any other way. 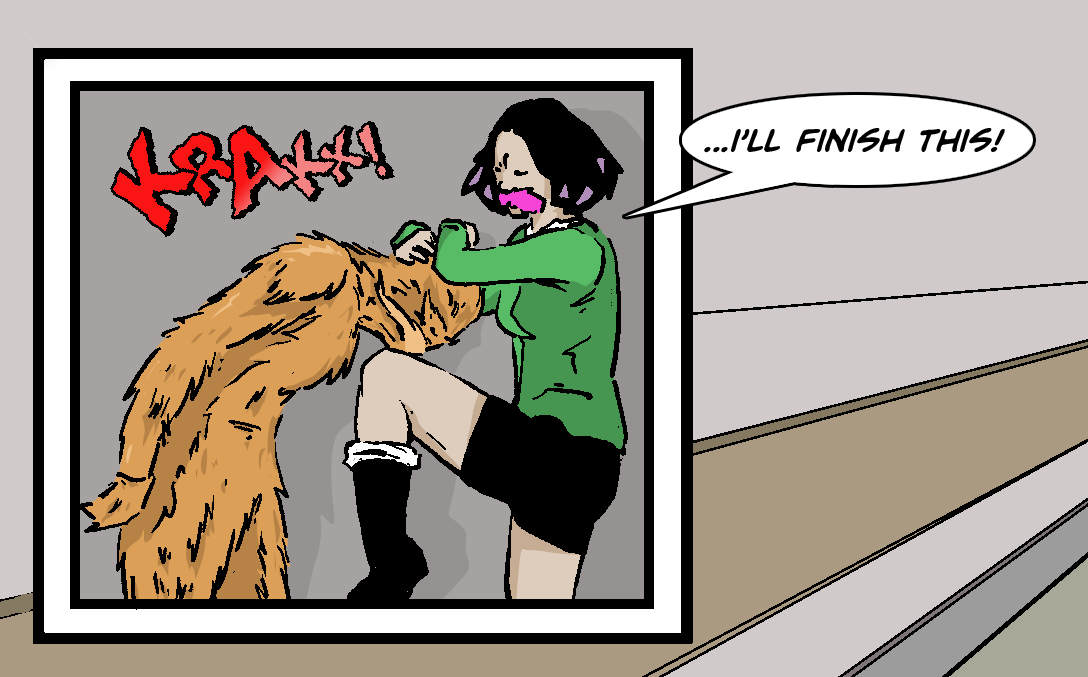