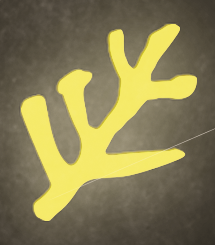 It’s been a little while since I talked about the Parted Veil series, so I wanted to give a quick update about my plans for the rest of 2014.

The third book in the series is tentatively called Lovecraft’s Pupil, and the first draft is done. The story picks up shortly after the events of Lovecraft’s Curse, and will continue the story of Fela Barton, Connie Norbitt and of course, H.P. Lovecraft. The cast of Courting the King in Yellow continues to find their way into this story as well, although not in the way some would expect.

My plan at this point is to get the book edited in the next couple months with an eye toward a Halloween release, as has been the case with the previous two books.

In the meantime, I plan on writing and releasing another short story set in the Parted Veil universe, highlighting another supporting character. In Private Showing, readers got to know more about Nita Young, and in this next story, a character from both Courting the King in Yellow and Lovecraft’s Pupil will get some time to shine.

So, exciting (and scary) things are coming in the second half of 2014. Stay tuned!
Posted by See Brian Write at 10:40 AM