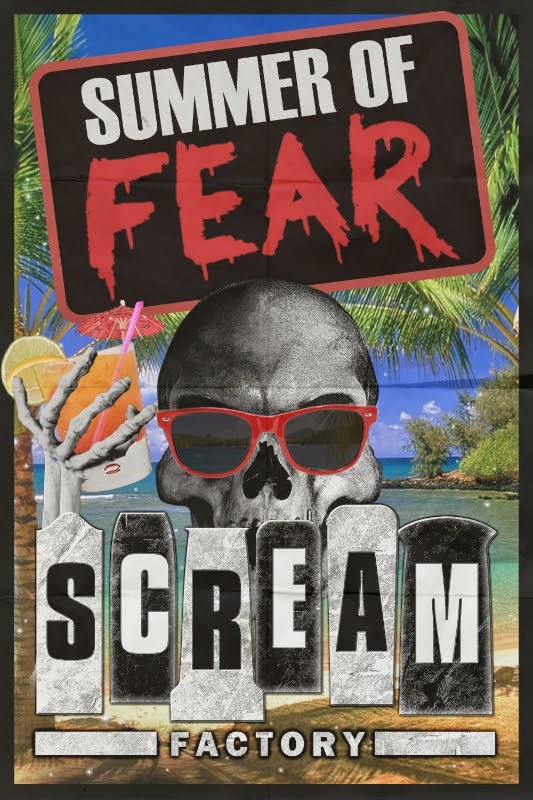 Being a diehard horror fan, I was thrilled when Shout! Factory launched their Scream Factory line back in 2012. Scream Factory specializes in re-releasing extra-filled special editions of classic cult horror films from the the '70s and '80s.

Shortly after the launch of Scream Factory, I spoke with their Marketing Manager Tom Chen at New York Comic Con (you can get that episode of the podcast here). I also reviewed one of Scream Factory's first releases, the amazing They Live from horror master John Carpenter. I was blown away by the love and care Scream Factory showed in putting the special edition together and the extras (including new interviews) that were included.

Scream Factory has really blossomed over the past couple years, adding to their stable classics like From Beyond, The Fog, Night of the Comet, Day of the Dead and a ton more.

This month, Scream Factory is taking their celebration of horror to a new level with the Summer of Fear. Every Friday night in June, they are holding a free screening of a classic horror film over at summeroffear.com. These screenings feature new interviews with cast and crew, and the folks at Scream Factory also interact with fans via their Twitter account and the hashtag #SummerofFear. 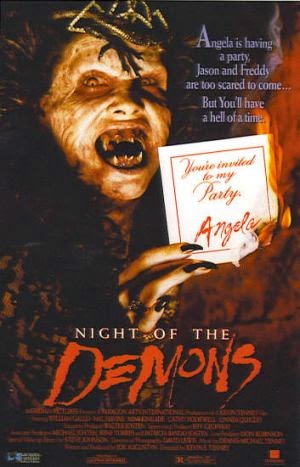 Tonight's screening is one of my all-time favorites--Night of the Demons. Not only does it feature scream queen Linnea Quigley, but the screening will feature new interviews with star Amelia Kinkade (Angela) and Director Kevin Tenney (who also directed the fantastic Witchboard).

You can tune into the screening tonight at 10PM EST over on summeroffear.com. You can also watch the trailer for the event below, and head over to the Scream Factory website to see the entire catalog of Scream Factory special editions.