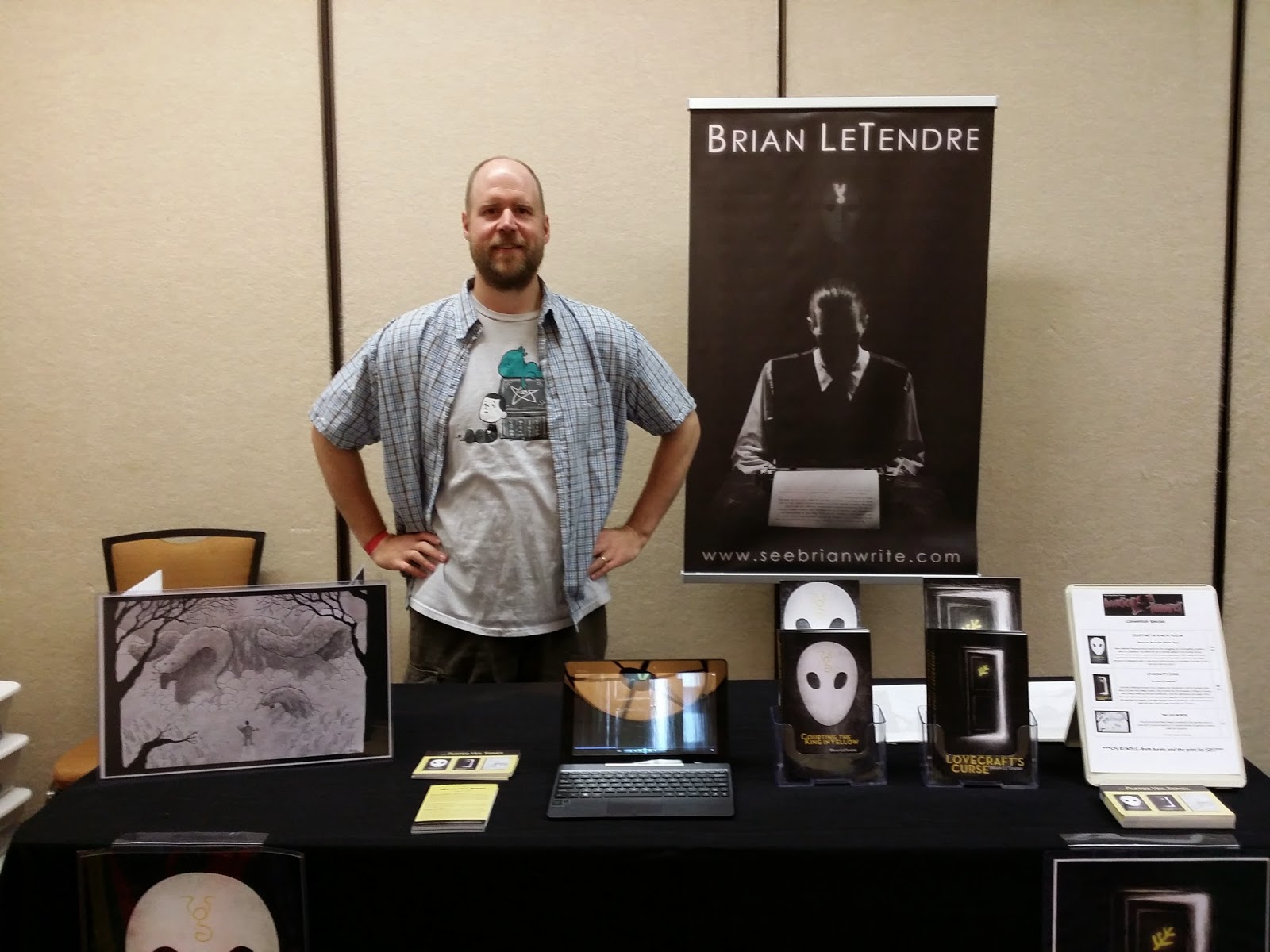 I can't really think of a better way to spend a Saturday than hanging out with hundreds of horror fans. That's what I got to do at the first annual Connecticut Horror Fest yesterday in Waterbury, CT, and I'm already looking forward to next year.

This was actually the first time I had set up at a horror show to sell books, as most of the shows I go to are comics shows for the Secret Identity podcast. I was hopeful that my books would sell decently at a show for their intended audience, and I'm happy to say I was right. By the end of the day, I'd covered the cost of my table and then some. That aspect of the show was very validating for me, and it's hard to describe how great it feels to have someone be genuinely excited about reading something you wrote. It's a pretty amazing feeling.

But the real joy for me yesterday was meeting fellow horror fans and talking about the genre we love all day long. I met a bunch of Lovecraft fans, and we talked about everything from his legacy in horror to the idea that he may have been a time traveler (seriously, how did he come up with those cosmic ideas a hundred years ago?). I also met several Chambers fans who were well versed in the King in Yellow, which I could talk about for hours on end. And of course, almost every conversation I had with a congoer involved a list of our favorite movies, franchises, authors, etc.

Anyone who knows me also knows I'm a diehard heavy metal fan, and there's a lot of crossover between horror and metal, so many great conversations about music were had as well.

In fact, I talked more during that show yesterday than I do at most three-day shows. This morning I can hardly speak, and it's a great reminder of just how many awesome people I talked to yesterday.

I want to thank each and every person who came by the table yesterday, whether you bought a book, or just stopped by to chat with a fellow horror fan. I am immensely grateful to those who did by books--it means the world to me that you'd spend some of your hard-earned money on something I made.

And last but not least, I want to thank Christine, Rob, Larry, Stephanie and all of the crew at the Horror News Network for putting on a fantastic show. Everyone I saw had a great time, and I had an absolute blast. I'll be there again next year for sure.

P.S. Special shout out to my con neighbor Jenn, who took the goofy picture of me above.
Posted by See Brian Write at 8:52 AM