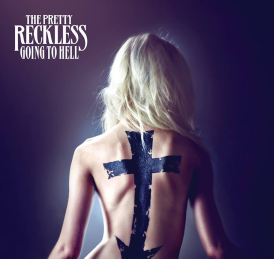 As writers, we spend a lot of time in our own heads. I find myself thinking quite a bit about where my inspiration and story ideas come. I think a lot of us do that, not only as a way to try and generate new ideas, but because we need to understand where each idea was conceived.

I write horror, and there’s no doubt a great deal of my inspiration comes from the horror movies I spent my entire adolescence consuming. I read (and continue to read) any type of horror I can get my hands on, from the masters (Poe, Lovecraft, Barker, King) to the newest indie author that just published their first short story.

My other major inspiration has always been music. Specifically, rock and heavy metal. I was a child of the ‘80s, and I grew up on everything from Megadeth to Motley Crue. Music has always been a very important part of my life, and there’s not a day that goes by without music for me.

As I was coming into work today and listening to the new album from the Pretty Reckless, I had an idea that I ran into the office and jotted down immediately. It was the second day in a row that this had happened (yesterday it was the Scorpions’ greatest hits I was listening to). And as I thought more about it, I realized that most of the time, the idea that I write down comes to me while listening to music. I mean, there’s always a bunch of half-baked ideas marinating in my brain at any given time, but when one gets to the point of needing to be written down, it’s almost always when I’m immersed in a great song.

It’s like all of the horror I’ve read and watched over the years is the sea in which my story ideas are constantly floating. But music is the instrument that plucks an idea out of that sea and brings it into focus for me.

Of course, these could just be insane ramblings of a writer. But it feels like I’m onto something. So the next time I have an idea that hasn’t quite crystallized yet, I’ll throw on some good old fashioned heavy metal and see what happens.
Posted by See Brian Write at 10:05 AM