Something Pretty Amazing Happened to Me this Week 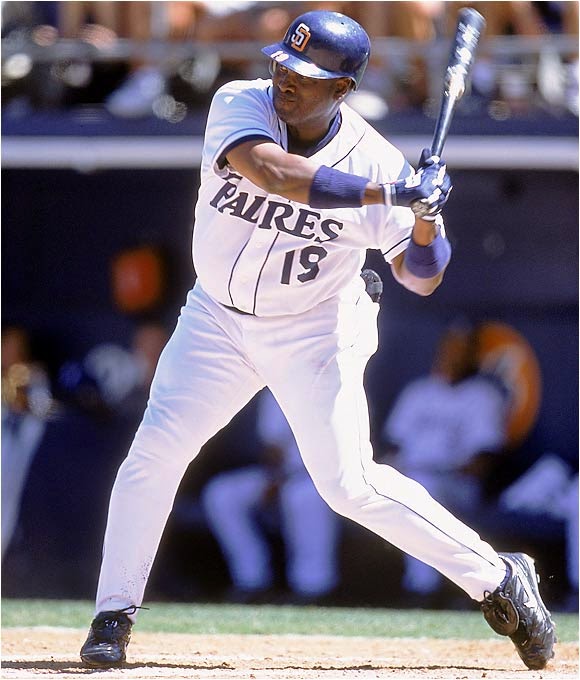 Almost exactly seventeen years earlier, I attended the only Padres game I've even seen in San Diego. There were two players I really hoping to see that day--Tony Gwynn and Trevor Hoffman--my two favorite players of all time. Neither of them ended up playing that day. Instead, Rickey Henderson filled in at RF for Tony Gwynn, and the Padres lost 8-4, meaning Trevor didn't get a chance at a save.  It was still an amazing experience though, and being at Qualcomm with all of those other Padres fans meant the world to me. I've lived in Connecticut and Massachusetts my whole life, and seeing a Padres fan in the wild out here is about as likely as seeing a unicorn.


The following year, they would beat the Braves in the 1998 NLCS and go on to World Series. This will forever be the greatest sports moment of my life:

On August 30th of this year, Trevor Hoffman was inducted in the San Diego Padres Hall of Fame. He joined the likes of Tony Gwynn, Dave Winfield, Jerry Coleman and others as someone who will forever be remembered as a Padre. And when 2016 rolls around, he'll be a first-ballot MLB Hall of Famer as well.

I happened to Tweet about Trevor being inducted into the Padres hall of Fame:

And then a few days later, this happened: 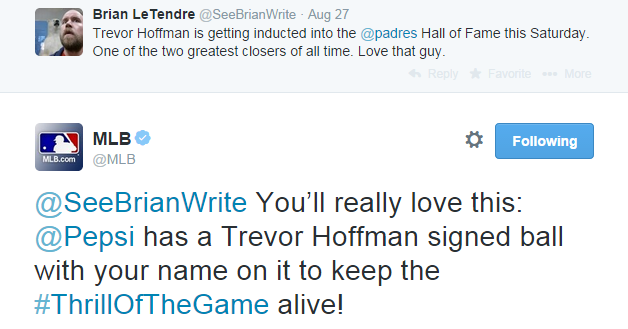 And then after a couple emails, this happened today: 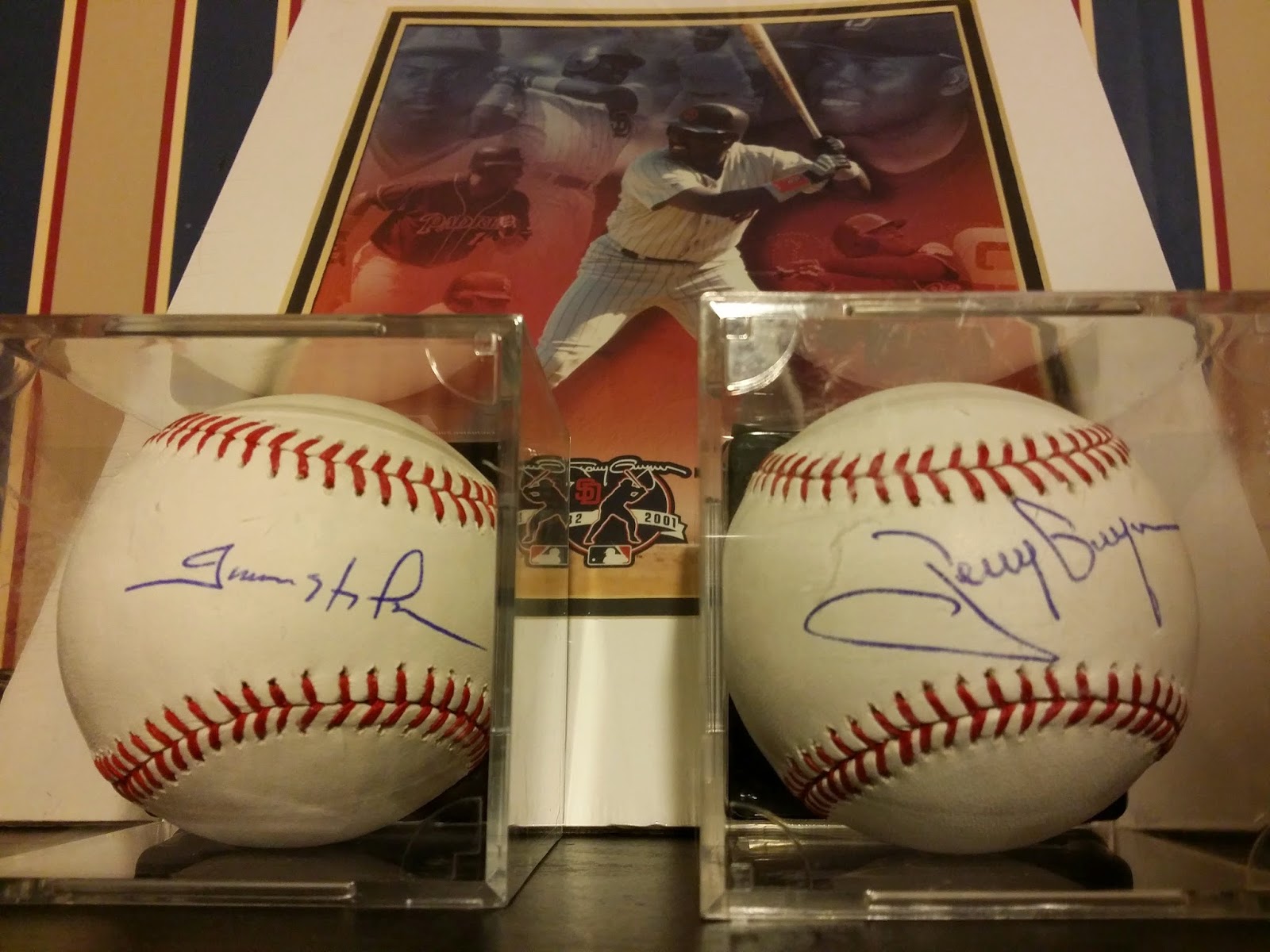 Now, the picture is mine from my last trip to SD, but those two baseballs there--they're signed by Tony Gwynn and Trevor Hoffman. The two greatest San Diego Padres of all time, and my two favorite players of all time. Those arrived in the mail today.

I want to thank Major League Baseball, Pepsi (who sponsored the giveaway) and especially Mike Gendreau of Genesco Sports Enterprises who, after hearing how much of a Padres fan I was, sent along that Tony Gwynn ball in addition to the Trevor Hoffman one. I cannot begin to tell you what that means to me, especially with Tony passing away earlier this year.