The Art of Escape 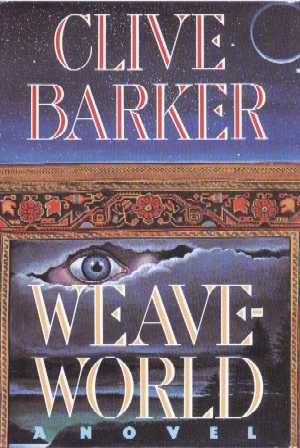 I was listening to an episode of the Giant Bomb podcast today and a discussion came up about Sony's new Playstation Vue TV-streaming service that will be launching in early 2015. As the conversation went on, it became less about the how people watched TV, and more about how many people are watching less TV overall. One of the guys on the show mentioned that when he gets home from work, he either wants to read a book or play a video game, and TV is just not something that's high on his list anymore.

I've also been reading Clive Barker's Weaveworld again, which is an amazing dark fantasy about an entire world that was woven into a carpet in order to keep it hidden and safe from humankind. Well, it's about much more than that, but you should really give it a read if you haven't.

There was a time that scripted dramas ruled the television airwaves, and TV could provide some of those escapes that many of us go to books for. And in some ways, that still happens. Shows like The Walking Dead, Supernatural, Sleepy Hollow and Doctor Who are certainly escapist television. But for every one of those, there's fifty reality TV shows, and if the numbers are any indication, people are getting bored with reality TV.

This will be good in the long run for scripted television, but I think it's also reminding people that there's another place for them to escape to--books. E-books give people a chance to use those digital screens for reading, and in a way, the indie publishing scene is kind of like the early days of cable TV--there's something for everyone, and creators are doing things that would never have fit within the traditional mainstream model.

Here's hoping more people turn off the TV and start to discover the kinds of escape that only a good book can offer. As a writer, I'll welcome them with open arms.
Posted by See Brian Write at 10:53 AM