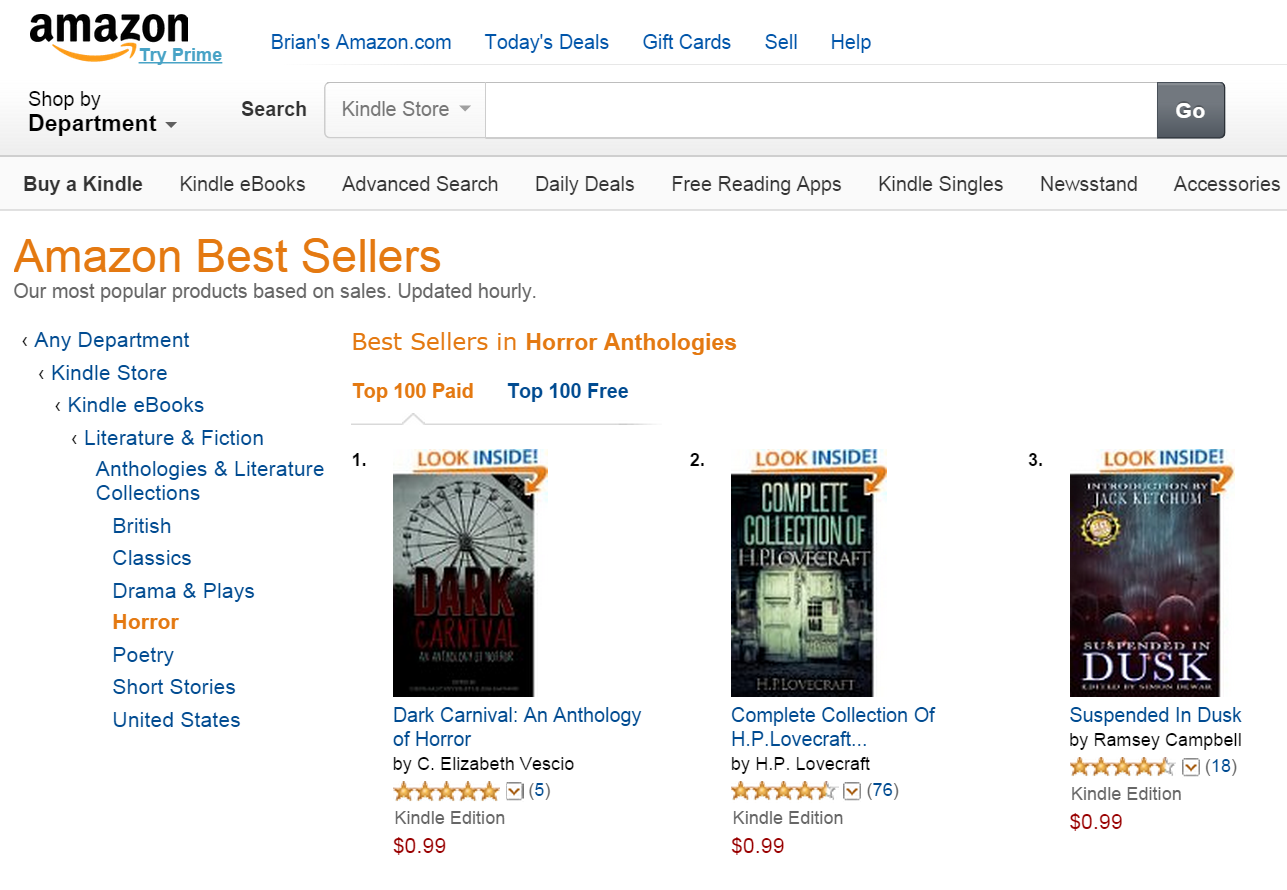 What a great way to start the new year!

I just found out today that Dark Carnival: An Anthology of Horror is sitting at number one in the horror anthology section of Amazon.

The coolest thing about this is that it started as project over on the Pen & Muse blog--an event where a bunch of writers and artists created original short horror stories and artwork around the idea of a twisted carnival. My short story was called "Exposure," and centered around an old photo booth.

The stories went up throughout the month of October back in 2013. The response from readers was extremely positive, and Jolene Haley and the crew at Pen & Muse worked with the creators to collect the stories in an anthology. And when I say worked, I mean worked. Jolene put a ton of work into getting this thing together. 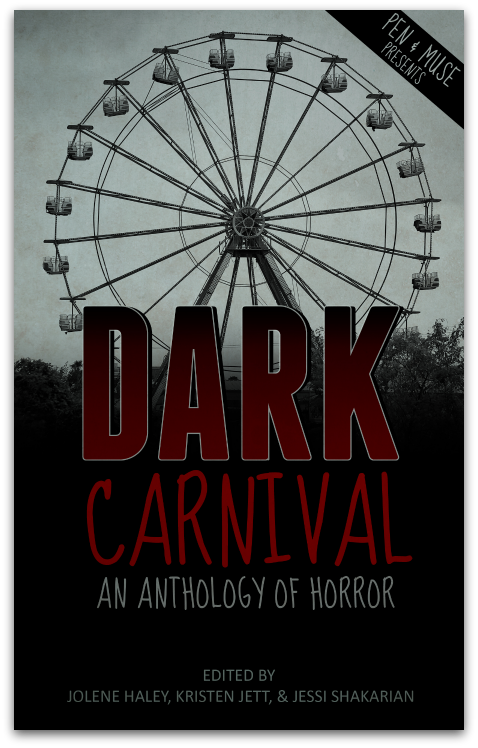 Right now, you can get the Dark Carnival anthology for $0.99 on Amazon. You can also get it for absolutely nothing in ePub format over on Smashwords. At some point, it will become free on Amazon as well (they have been slow to price match with Smashwords despite Jolene's efforts). But I can tell you that it is worth so much more than a dollar, and I can also tell you that the money made from the book will be going to charity anyway. We just want people to read this very cool collection of horror stories.

Once again, thanks to Jolene and all the other creators. I am super proud to have been a part of this project, and seeing it sitting in the top spot is pretty darn awesome.
Posted by See Brian Write at 2:30 PM