As the March 31st release day for Lovecraft's Pupil approaches, I'm also doing a lot of work on the first two books in the Parted Veil series, Courting the King in Yellow and Lovecraft's Curse.

When I originally published Courting the King in Yellow back in 2012, there was no Parted Veil series as of yet. I had plenty of ideas about what I wanted to do, but it was my first book, so I released it as a standalone.

With Lovecraft's Curse in 2013, I introduced an almost entirely new cast, and the story was written in a way that connected to Courting the King in Yellow, but did not require having read it to enjoy Lovecraft's Curse.

With Lovecraft's Pupil, the connection between the first two books in the series grow much stronger, and the casts of the two stories begin to interact more. That turned will continue in book four (which I've already drafted) as the story arc of the series becomes one in which all of the cast members of the previous books are involved.

I wanted to clearly identity Lovecraft's Pupil  of a series, and the cover was designed with that in mind: 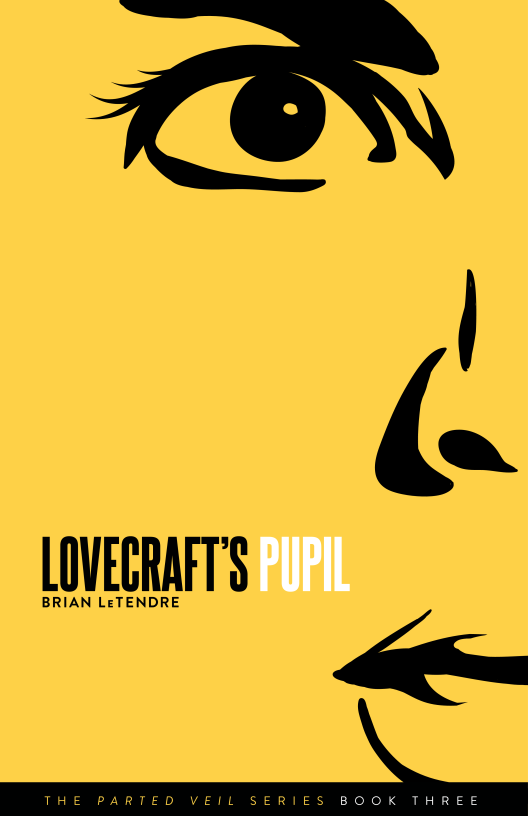 After the new cover was finalized, my cover design magicians Jeff Rodgers and Mike Jackson of Kitbash Brand Design, went back and updated the first two covers to reflect the series as well: 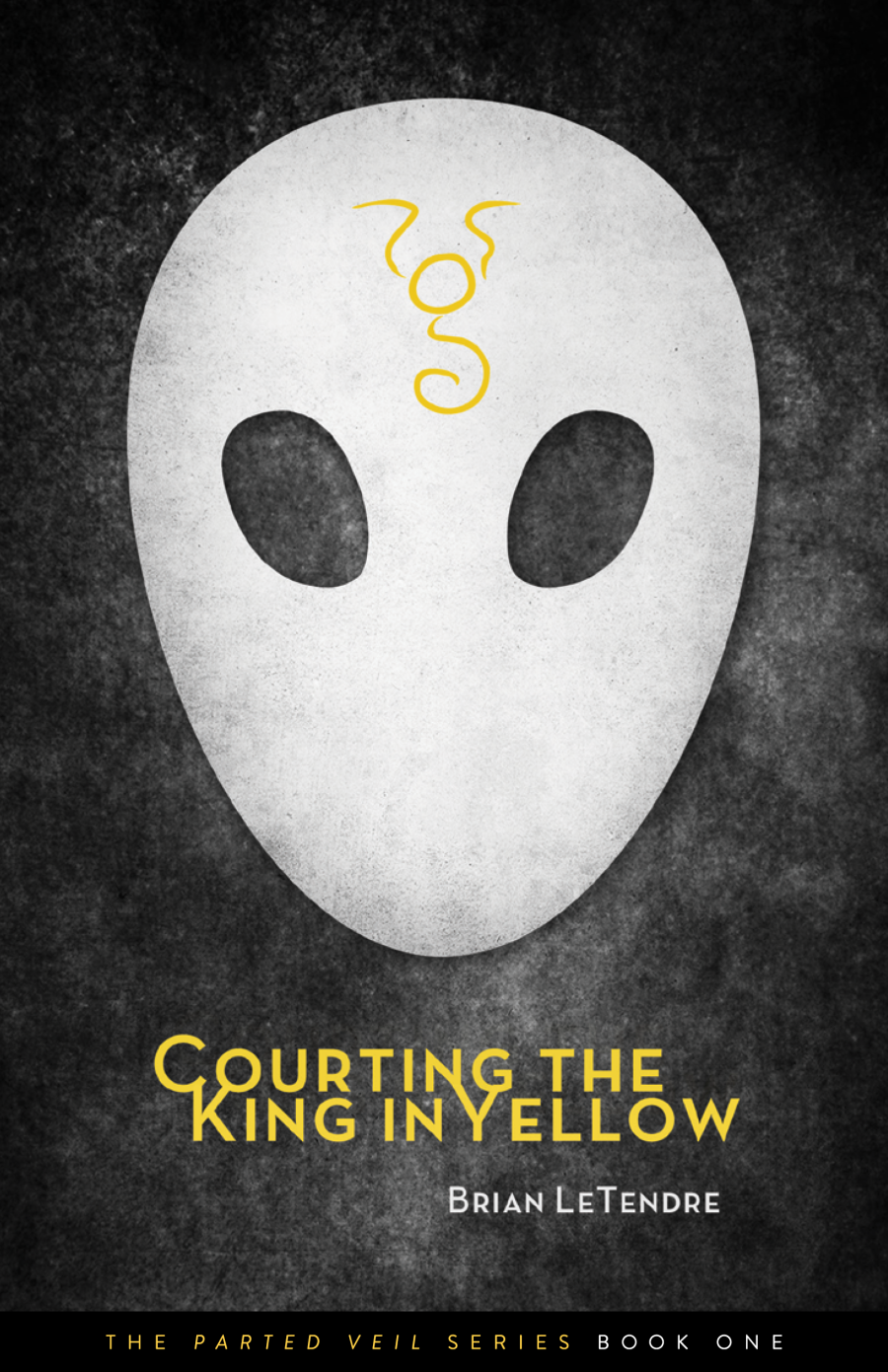 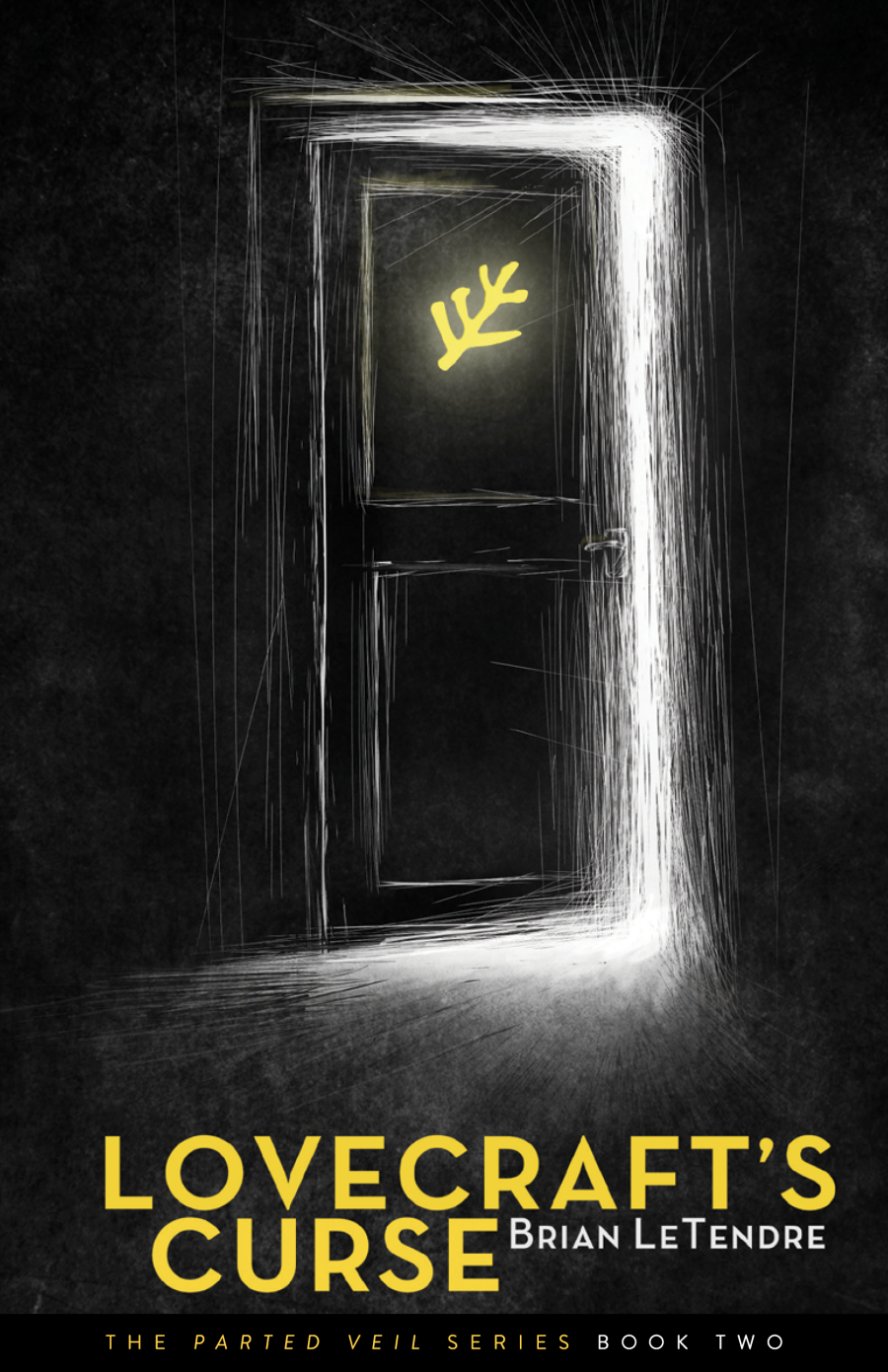 For the print versions, the series branding is also on the spines of each book, and they look pretty darn cool sitting next to each other on a bookshelf.

So, one new book release, but three new covers. And with them, a firmly established series that I'll be continuing to build on for years to come.
Posted by See Brian Write at 9:11 AM