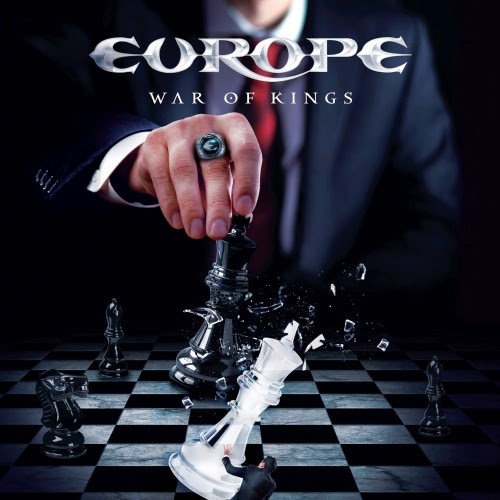 If I had one word to sum up my thoughts on the new album by Swedish rockers Europe, that would be it. I have been listening to War of Kings nonstop since it dropped on Tuesday, and it just keeps getting better every time through.

At this point, you’re probably wondering if the Europe I’m talking about is the same band behind the ‘80s hits “The Final Countdown,” “Carrie” and “Cherokee.” The answer is yes. Europe released five studio albums between 1983 and 1991 before ending their initial run. Since reuniting in 2003, the band has put out another five albums and solidified their relevance in the hard rock scene. And if you haven’t checked them out since their 1986 triple-platinum album, then boy are you in for a pleasant surprise.

War of Kings is an album that oozes confidence from a band that has sold over 20 million albums in the three-plus decades they’ve been around. It doesn’t have the immediate, catchy riff-driven feel of something like The Final Countdown, but that’s because this is a much deeper, and more complete album. There are some heavy hard rock songs, highlighted by the title track off the album, “War of Kings.” That song is a great indicator of what you’re in for--melodic, rich songs that feel very Deep Purple-influenced, with a bit of Black Sabbath thrown in. Guitarist John Norum’s fills and solos drive home the emotions of each song, and the rhythm section of bassist John Leven and drummer Ian Haugland provide the engine for each song. Singer Joey Tempest sounds as great as ever, and keyboardist Mic Michaeli adds a layer to each song that not only captures that Deep Purple vibe, but elevates the entire melody.

The production on this album is fantastic. Producer Dave Cobb and Engineer John Netti really do justice to the band, as every instrument shines through and the sonics are really rich. This is an album you want to play loud in a big room and just let the sound fill it up.

Europe’s War of Kings feels like a real team effort--a great album by a band that knows what its doing. Europe haven’t been afraid to explore new territory with their sound, but haven’t forsaken why people loved them in the first place. I cannot recommend this album highly enough--it’s an early contender for album of 2015.
Posted by See Brian Write at 10:41 AM