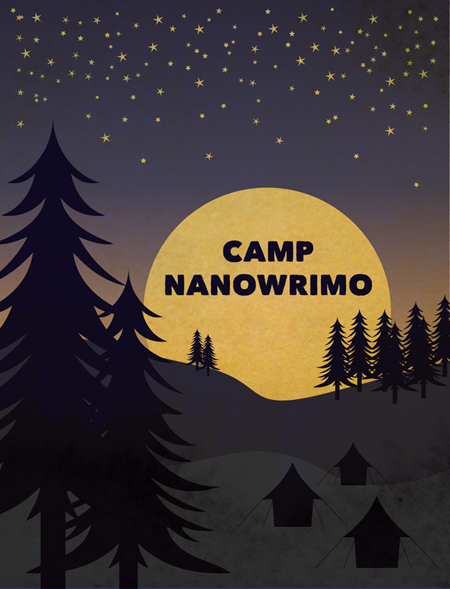 As I write this, we are now five days into Camp NaNoWriMo for April 2015. I have set the modest goal of 15,000 words for this month, but my daily writing so far is ahead of the pace, so I'm in good shape. As I mentioned on the recent episode of the podcast, I tend to use the Camp NaNo events as tune-ups for my writing and a chance to work on smaller projects. NaNoWriMo proper is where I work on full novel drafts.

Anyway, in case you missed it, I released Lovecraft's Pupil this past week! It's the third book in the Parted Veil series, and it's really the point at which the cast of the first book starts to interact with the cast of Lovecraft's Curse. I am so very excited to see what folks thing of this book.

I've already got the first draft of book four done, so what I'm doing right now for Camp NaNoWriMo is expanding the Parted Veil universe a bit. I'm going to be doing some short stories and novellas that take place in the world of the Parted Veil and feature both existing and new cast members. Some of these stories will feature the origins of characters you know from the main series, some will fill in the gaps between the books, and some will be completely standalone stories. This isn't entirely new, as I've already released Private Showing, a short story that tells the origin on series character Nita Young before you meet her in Courting the King in Yellow.

The project I'm working on now is a story that takes place during the events of Lovecraft's Pupil, and is alluded to in the book. It features the cast of Courting the King in Yellow, and it also introduces a new character to the universe that I have some more plans for in the future.

Are there particular supporting characters from the Parted Veil series you would like to see get their own story? I have plans for a few already, but I'd love to hear what you think.
Posted by See Brian Write at 9:45 AM