The Mayhem Festival Was Amazing 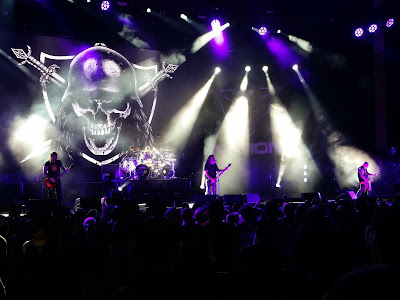 The last time I went to an all-day metal festival was probably Ozzfest 2006, at the very same venue I found myself at Sunday--the Xfinity Theater in Hartford, Connecticut. And while the landscape of metal has changed quite a bit over that time, I'm happy to say that there is one thing that never changes--metal music is something that is best experienced live.

This year's edition of the Rockstar Mayhem Festival was headlined by legends of thrash Slayer, a band that I have seen several times over the years. But it also featured over a dozen other acts that I'd never seen before, including one of my favorite bands, Sister Sin. In fact, my main reason for attending Mayhem Fest this year was to see Sister Sin play live, as they're from Sweden, and have not toured extensively over here.

Sister Sin played on the Victory Records stage--the show's second stage, and I think they stole the show. While their set was no more than thirty minutes long, Liv Jagrell and the rest of the band came out with such energy and presence that they quickly turned a crowd of non-believers into a mass of headbanging supporters. They discovered what I already knew--Sister Sin is a hell of a band. 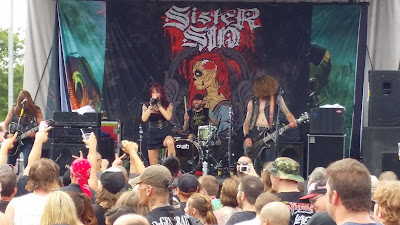 After their set, I got a chance to meet lead singer Liv Jagrell, and she was super nice. here's a pic: 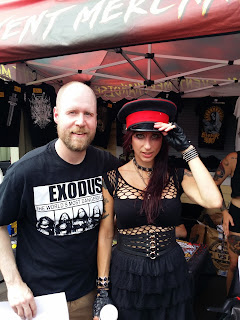 I stuck around for a few more bands on the second stage, including Sworn In, Jungle Rot, and Whitechapel. I'm not a huge fan of deathcore and Cookie Monster vocals, but all the bands were heavy and brought a lot of energy to the stage. 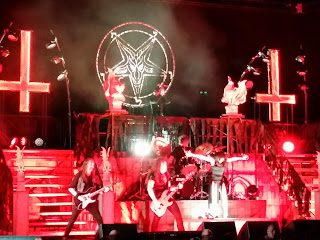 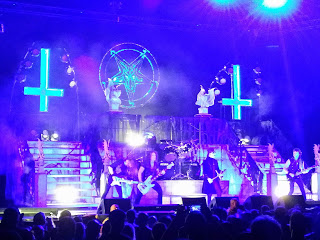 And then--Slayer. If you've never seen Slayer in concert, allow me to show you how a Slayer show begins (it's a little over a two minutes, but stick with it):


And it pretty much is non-stop metal carnage from there on out. They opened with "Repentless," a song off of their upcoming album, and then dove into a pretty eclectic set. Of course, old favorites like "War Ensemble," "Mandatory Suicide," "South of Heaven" and more were in there. I am a huge fan of Gary Holt, and this is the second time I've had a chance to see him play with Slayer, so I was psyched. I got some great pics as well: 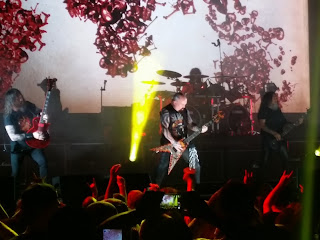 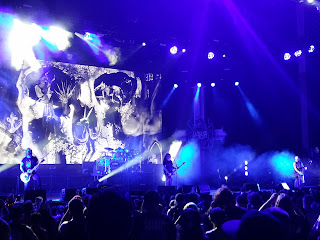 All in all, Mayhem Fest 2015 was a fantastic show, and I've got a lot of new bands I'll be checking out after seeing them live. If the tour comes to your town this summer, I highly recommend checking it out.
Posted by See Brian Write at 2:19 PM