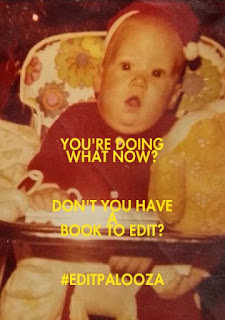 We are just over a week into Editpalooza, and both Jolene and I have put a huge amount of work in on Harrowed, the first book in our Woodsview Murders series.

I wanted to blog a bit about the process we're using, since this is my first time collaborating with someone on a project like this. I am not exaggerating when I say that Jolene has been an absolute dream to work with, and I consider myself extremely lucky to be creating this series with her.

I may have mentioned this before, but we live on opposite coasts, so we are rarely working on the book at the same time. We do set up specific times to work on the story together, but outside of those, we make heavy use of both the comments and chat features of Google Docs. This was fine for plotting and writing the first draft, but now that we've moved on to editing, we needed a more robust process.

So, we started with a two-hour Skype call last week to discuss our approach to edits. After finishing the first draft, we each had a mental list of issues we thought needed to be resolved during edits. So, we spent a good chunk of our conversation going over those, and making decisions about how we wanted to handle them. We also agreed that we needed to talk each week, and that we would set a goal for each week in between our chats. 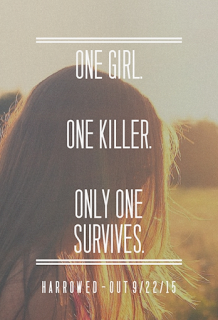 The goal for this week was to complete the first pass of edits. We would fix little things as we went along, but the main goal of the first pass was to make sure the story was not broken. Were there gaping plot holes? Did we leave major story points unresolved? That kind of stuff. Anything big was to be added to our list so we could discuss it during our next call.

And I'm happy to report, the first pass went very well this week. There were issues that needed to be fixed for sure, but nothing major. Which means we'll be able to move onto the next phase of edits after our Skype chat today.

Stay tuned! Oh, and in the meantime, you can add Harrowed on Goodreads!
Posted by See Brian Write at 11:11 AM