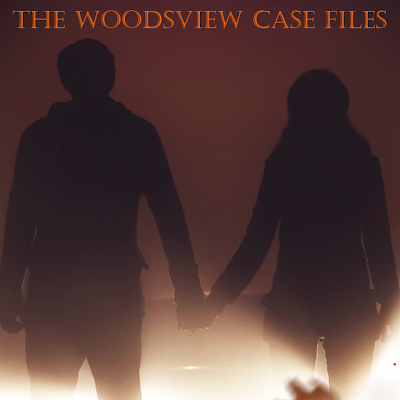 In the pages of HARROWED, writers Jolene Haley and Brian LeTendre recounted the tale of the Woodsview Harvester, a killer who terrorized a small Massachusetts town in October of 2013. The murder of Woodsview High School senior Beatrice Thompson was the beginning of a killing spree that will forever scar the small community.

Roughly six months after the murders, two Central Massachusetts State College students produced a series of podcasts revisiting the case. Louise Vernon and Philip Barker examined each death from the perspectives of the Harvester, the victim and the police who were investigating the killings. The podcasts were part of a school project and originally broadcast through the college radio station, but were also submitted the local newspaper to be archived as part of the ongoing story surrounding the Woodsview Murders.

Beginning Monday, those podcasts episodes will be made available every other week on WoodsviewMurders.com.

If you haven't read HARROWED yet, you can get a copy over on Amazon by clicking here.

You can also get updates on everything on all things Woodsview by following Woodsview Case Files on Twitter as well as the hashtag #WoodsviewMurders.
Posted by See Brian Write at 7:39 AM