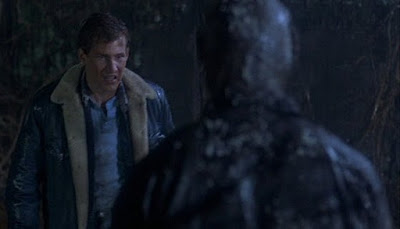 August is over, and we are now inside of the release month for Harrowed, the first book in the Woodsview Murders series.

It's a little scary, but in the best way possible.

The last few weeks of prep on a book is like the climactic scene with the killer in a horror movie. It's the final showdown. There's no more messing around. Only one of you is getting out alive.

But unlike most horror movies, where the lone hero has to face off against unspeakable evil, I didn't come to this final conflict alone.

I brought a partner. 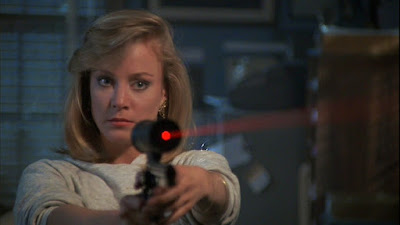 Jolene and I have been in hardcore editing mode for over a month now, and I have to say--this process is so much more fun with someone else. As I mentioned before, having a great collaborator like Jolene means never losing momentum on a project. That has carried over into the editing phase as well. One of us is always working on this book--there is always progress being made.

Our best tool for editing continues to be Skype, and as we head down the home stretch, any major changes to the book have come during our Skype sessions, so we can walk through them together. I honestly wish we had recorded this last session, as it was a fantastic example of how Jolene and I work together.

There was a particular scene in the middle of the book that just felt a bit meandering to both of us, and it didn't provide the tense moment we wanted it to. But the scene had a lasting impact on what came afterward. So, we couldn't just cut it--we needed to fix it. Over the course of two and a half hours, we talked through every angle of the scene, each throwing out ideas about how we could make it leaner and give it more punch at the same time. Once we had a vision for it, we actually rewrote the scene together and went through it all over again. When we were satisfied with it, we put the revamped scene into the main story and smoothed out the edges. The revised scene is so much better than the original, and it's at least five pages shorter. Most importantly though, it provided the scare we were looking for the first time around.

I really can't overstate how great it's been working with Jolene. This book is truly a team effort, and both the writing and editing processes have been a blast. We cannot wait to share Harrowed with everyone, and September 22nd is just around the corner. We also have some pretty cool stuff planned around the book's release and beyond, so stay tuned.

Oh--and in the meantime, add Harrowed on Goodreads and follow the #WoodsviewMurders hashtag on Twitter for more! 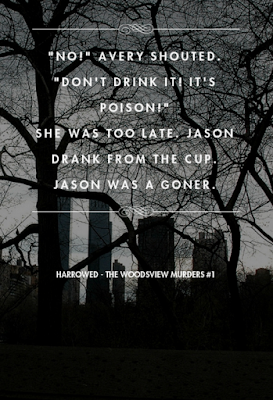