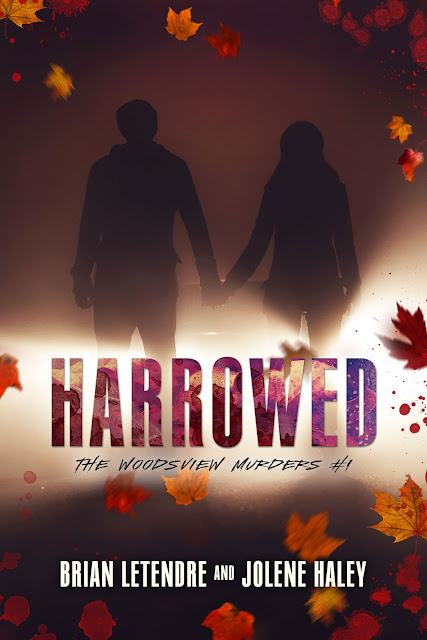 Today is a very special day for us. Several months ago, we decided that we wanted to write a book together. Today, that book was finally released into the world, and we could not be more excited and proud and just really happy to finally share it with everyone.

HARROWED is a love letter to the '80s and early '90s horror movies that we grew up watching, and the music that provided the soundtrack to them as well. From Friday the 13th, Halloween and Scream to Tesla, Def Leppard and AC/DC, this book is full of references to that wonderful era of slashers and headbangers.

But while we've drawn much inspiration from the past, we've added a few modern twists of our own as well. We'd like to think the result is both a treasure trove for longtime horror fans and a great entry point for those who have never dipped their toe into the machete-infested waters of the genre. We feel that YA horror is a genre with huge potential, and we're excited to bring The Woodsview Murders to it.

You can get HARROWED (The Woodsview Murders #1) on Amazon right now by clicking here!!!!

You can also check out our trailer right here:

The tiny community of Woodsview has become the hunting ground for a killer known as the Harvester. The killer targets Avery and her classmates, stalking their every move and terrorizing them with morbid messages.

With the help of her boyfriend Jason, her best friend Quinn, and an aging detective who can't keep her off the case, Avery dives head-first into her own investigation. She discovers that the secret of the Woodsview Harvester is buried in the town's history and its annual Harvest Festival celebration. With every clue she uncovers, Avery grows closer to unmasking the killer—and becoming the next victim.
Avery Blair has finally found a story to die for...if she can stay alive long enough to write it. 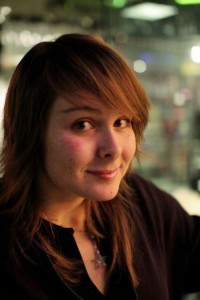 Jolene Haley is the author of the Woodsview Murders series, Harrowed (out 9/22/15) and Haunted, coming fall 2016. She’s also the curator of the best-selling horror anthology The Dark Carnival through Pen & Muse Press.

She runs a YA horror blog The Midnight Society, the author resource site Pen & Muse, and Hocus Pocus & Co., a small horror press. She writes every genre under the sun, but prefers horror.

When she’s not writing she can be found cuddling her two dogs and enjoying the beach, where she lives. 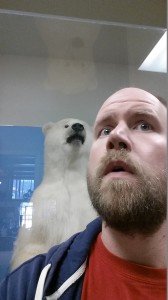 A gaming, comics and horror lover, Brian has co-hosted and produced a podcast about geek culture called Secret Identity since 2006, producing well over 1000 hours of programming. He also hosts and produces three other podcasts about writing (See Brian Write) and gaming (Co-Op Critics).

In addition to podcasting, Brian has worked as a freelance games journalist, and currently writes a webcomic called Mo Stache, which can be read for free online and will be collected in print in 2016.

Brian lives and works in Massachusetts.

You can enter into a giveaway for a FREE print copy of HARROWED on Goodreads right here.

AND, you can stay tuned for a announcement about the Woodview Case Files podcast tomorrow!
Posted by See Brian Write at 5:43 AM