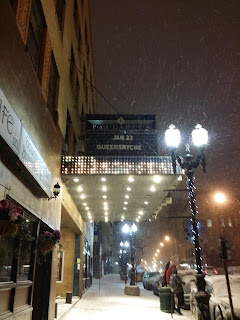 A little bit of snow didn't stop prog metal icons Queensryche from rolling into Worcester Massachusetts Saturday night and putting on one hell of a show. This was a special one for me, as not only was it my first time seeing them with new singer Todd La Torre, but it was my son's first metal show. I couldn't have picked a better one, because Queensyche delivered, and proved they have moved on just fine from the Geoff Tate era.

Before Queensryche took the stage though, we got to see YouTube drumming sensation Meytal and her band put on a great set. Meytal's percussion is definitely the centerpiece of the band, but singer Eric Emery and bandmates Doc Coyle (rhythm guitar), Travis Montgomery (lead guitar) and Anel Orantes Perero (bass) were never overshadowed, as they're all great musicians in their own right. Their set was full of energy and they had the crowd in a great mood by they time they finished. 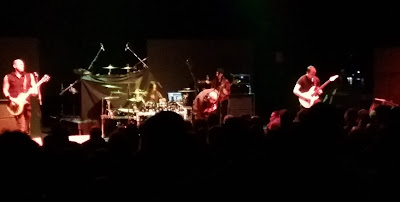 When the lights went down for Queensrcyhe, the crowd came to their feet, eager to see the new lineup live. While singer Todd la Torre has been around for a few years now, hearing him on an album is different then actually seeing if he can bring it live. I'm happy to report he confidently handled a variety of hits from the back catalog, as well as belted out some of the tunes he helped write for the last two Queensryche records. The setlist included classics like Queen of the Reich, Screaming in Digital and Take Hold of the Flame, as well as a slew of others. 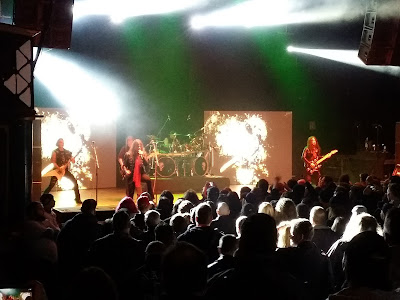 Michael Wilton, Scott Rockenfield and Eddie Jackson all sounded as good as they did when I last saw them over a decade ago, and guitarist Parker Lundgren (who's been with them since 2009) formed a perfect tandem with Wilton. 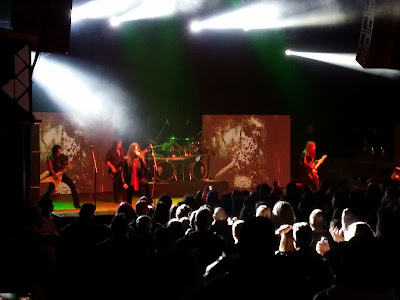 When the band finally closed out the show with "Eyes of a Stranger," any non-believers in the crowd had long since been won over. Queensryche proved they're still going strong, and there is plenty of life left in this band, which has been completely rejuvenated with the addition of La Torre. 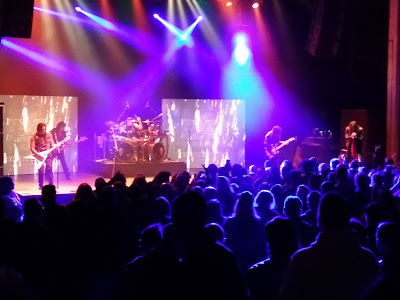 As for my son, the second the lights went up after the show, he turned to be with a huge smile and said "That was awesome!" Awesome, indeed, and I'll never forget watching him be completely immersed in the experience. That memory will last a lifetime. 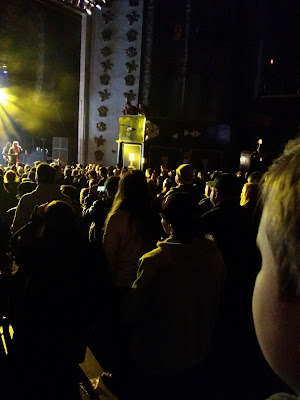