Jolene and I wrapped up our second full week of Orchard Pointe edits with a two-hour Google Hangout yesterday. It was perfect timing, as there were some edits and revisions over the past week that were pretty substantial, and we're getting into the heart of the book now.

I am constantly amazed at how on the same page Jolene and I are when it comes to the worlds and characters we create. There is 100% creative trust between us, which is so important during the editing process, because that's where everything solidifies.

With these updates, I'm trying to give a little insight and specifics about how we work together, without spoiling the story for anyone. So, I apologize if this sounds a bit vague. But last week I mentioned that in this round of edits we're trying to get to the action quicker and trim some of the fat. Jolene is excellent at this, and she needs to be, because it's not my strong point. I tend to over-explain things, and I often fall down the rabbit hole of writing scenes where the characters are hanging out, but we're not really moving the story forward. If "hangout fiction" was a genre, I would be a bestseller for sure.

Anyway, this week we cut out a scene from the beginning of the book where one of the supporting cast was introduced. It was unnecessary, since there was a perfectly good opportunity to introduce the same character a couple chapters later, when she showed up for a second time. Jolene surgically extracted the scene we didn't need, and I tweaked the next couple scenes featuring that character so that her second appearance became her first. It worked out well and we made our story leaner.

So, edits are going well, and the world of Orchard Pointe is starting to really come together. Oh! I almost forgot--here's a little taste of the in-depth editing conversations Jolene and I get into when we're working on our doc at the same time: 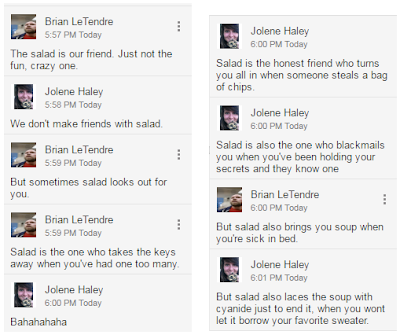 Posted by See Brian Write at 6:55 AM No comments:

Get Ready to Laugh, Cry and Eat With A PIZZA MY HEART

I am super excited to announce that I'm part of an upcoming anthology about a subject that is near and dear to my heart.

From the mind of my good friend and writing partner Jolene Haley, A Pizza My Heart is an anthology featuring stories by fifteen authors across all genres, from romance to horror and everything in between.

We'll be revealing the cover for this delicious project soon, but you can add the book to your Goodreads list right now!

Here's are the details on the anthology and the fantastic group of authors that I was lucky enough to sneak in with:

A Pizza My Heart: An Anthology 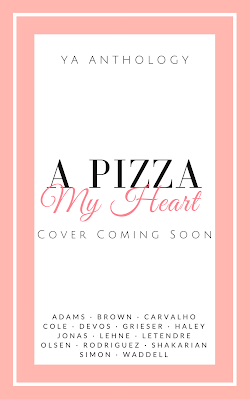 A Pizza My Heart Blurb

Gooey cheese and warm pepperoni, with a side of kissing and murder.

A Pizza My Heart is a quirky and fun anthology that crosses all genres. Fifteen extraordinary authors have united to tell stories of mystery, mayhem, romance, danger, deceit…and pizza.

Sometimes spicy, sometimes cheesy, but always delicious, A Pizza My Heart invites you to explore life, happiness, and the pursuit of pizza.

A Slice of Adventure by Maria Carvalho
Between Slices by Andy Grieser
Fresh, Hot, and Deadly by Rena Olsen
KissingDancingPizzaMURDER by Darci Cole
Kneadful Things by Jenna Lehne
Love Pizza No. 9 by Vanessa Rodriguez
Madame Miraval’s Pizza Place by Kelly deVos
Password Is… by Jolene Haley
Pizza by Emily Simon
Pizza Buddy by Brian LeTendre
Pizzamergency by Brett Jonas
Survival Pizza by Rebecca Waddell
The Last Stop at the End of the World by Jamie Adams
The Pizza Guy by Jessi Shakarian
Where There’s Pizza by Jasmine Brown 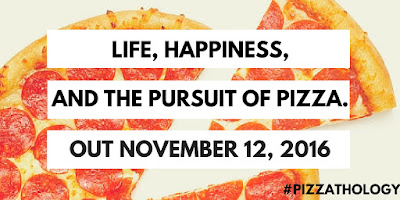 Posted by See Brian Write at 8:52 AM No comments: 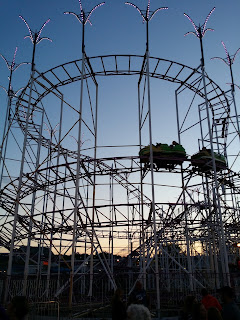 It's that time again!

Last summer, Jolene and I were editing our first novel Harrowed together. This year, we're working on the first book in our new Orchard Pointe series, which we want to have out in the next couple on months. Which means it's go time--no messing around.

This past week was our fist full week of edits on OP, and we entered this round with two major goals--to get into the weird stuff quickly, and to make sure we had plenty of atmosphere. As I write this post on Sunday night, we have ten chapters under our belt in this first week, and for me, two major changes to the first draft.

To ramp up the action in the first few chapters, I write an entirely new scene for our main character. I think it fits really well into what we already had, and with Jolene's magical ability to make everything better, I know the new scene will fit seamlessly by the time we're done.

We also had to rewrite a good portion of one of the early chapters, and thus the Jenga match begins. There are several things that are now broken because of this early change, and they'll need to be fixed as we move into the next handful of chapter. Nothing major, but stuff that needs to be fixed, nonetheless.

I am a systems nerd--I like to see how things fit together, take them apart, and put them back in a way that works even better. So the Jenga aspect of edits is something that I actually enjoy. That's not to say I take it lightly--every decision to change something needs to be very thoughtfully made. but when it makes the story better, I don't mind having to fix some broken elements, and Jolene is the same way.So, as we head into week two of major edits, we'll be fixing the things we broke in week one, while still keeping our overall goals in mind for the chapters ahead. Stay tuned!
Posted by See Brian Write at 6:11 AM No comments:

Time to Go Back to the Beach! 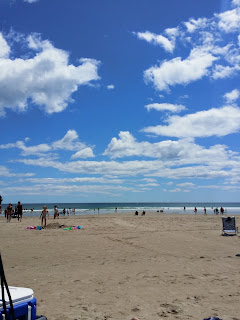 Camp NaNoWriMo was a blast as usual, and we made a lot of progress on Haunted, the second book in the Woodsview Murders series over the month. There were some new developments that happened really organically, and I can't wait to explore them further.

But not this month. This month we're going back to the beach.

As I mentioned in a previous post, we finished the draft of the first Orchard Pointe book at the end of March. And after taking a month away to focus on Woodsview, we're diving back into the OP draft for edits and rewrites.

I haven't even looked at that draft since we finished it, and I'm excited to bring fresh eyes back to it. This book is the first time I've written a longer work in first person and it was a great learning experience. As usual, working with Jolene taught me a lot, as she's had plenty of experience with first person and has a great voice for it.

I already have plenty of thoughts about things I want to work on during these edits, and that work starts today.

So, I'll keep you posted on how it's going, as we get Orchard Pointe #1 ready for a summer release!
Posted by See Brian Write at 6:16 AM No comments: