Postponing Our Vacation in Orchard Pointe 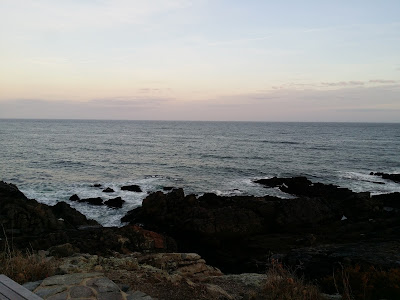 Have you ever had to postpone a trip at the last minute? You had already bought the plane tickets, planned your itinerary and took the time off from work, but for whatever reason, something came up, and plans needed to change?

Well folks, I'm sad to say that Jolene and I have had to postpone our trip to Orchard Pointe.

You might have figured that out already, as we were shooting for an August 16th release date and that came and went. The only reason we didn't make an announcement at that time is that we were hoping to have the book ready to go before the end of August.

And the book is very close. Like, really close. Like, we could put it out now and it would probably be fine close. But it's not exactly where we want it yet. The last coat of polish isn't dry. 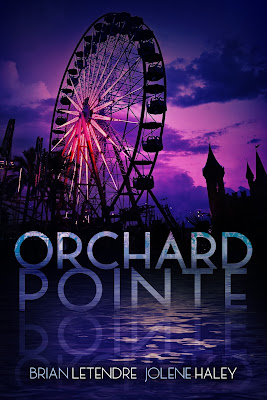 And so, rather than rush the book out and have it crowd the upcoming release of Haunted, we've decided to push Orchard Pointe into next year. This will give Haunted the spotlight it deserves this Fall, and give Orchard Pointe plenty of room to breathe. We still want the Orchard Pointe series to be our spring/summer series, and this delay will allow that to happen.

This is the right thing to do for our book, even though it hurts a little. One of the things that dulls the pain a bit is that between now and the release of the Orchard Pointe novel, readers will get at least two and possibly three Orchard Pointe stories that will begin to introduce that world and its characters. The first will come when my new short story collection Intrusive Thoughts (Volume One) is released digitally later this month. The second story will be in the Pizza My Heart anthology (or Pizzathology, as it were) that releases in November, and we should have another short story out very early next year.

We're sorry we couldn't bring you the debut of Orchard Pointe this summer, and that you'll have to wait a while longer. But a lot of love when into creating the world and characters of Orchard Pointe, and we want to make sure that shows in the story you will be reading. We appreciate your patience, and we will keep you posted on all things Orchard Pointe as we move forward.

Brian and Jolene
Posted by See Brian Write at 6:29 AM