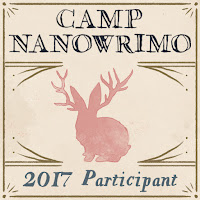 Camp NaNoWriMo starts in less than two weeks, and boy do I need it. I have really struggled to get any momentum going with my writing lately.

This past year has been a challenge for me, for a variety of reasons. And I've spent more time thinking about writing than actually writing in the past few months. And despite the factors in my personal and work life that have affected my writing time, my current lack of production is a problem of my own making.

See, I've allowed my writing life to become too cluttered. Quite simply, I have too many book projects in various stages of production. I got away from the creative process that had worked for me in the past, which was very simple. I never focused on more than two book projects at a time, and I never focused on more than one during the drafting stage. When I moved into final edits for the first project, I could start digging more into the creative process for the second project. But when it came to the initial writing, I stayed in the headspace of one project at a time. 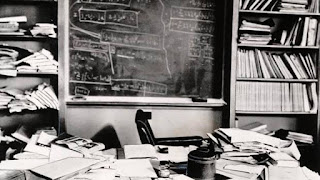 Currently, I have three books and a novella written and in various stages of edits and rewrites. A fourth book is about a third of the way drafted, and a handful of other projects are in the outlining and planning stages. On the one hand, that's a positive, because I have lots of exciting things to work on for the next year or two. But for me personally, splitting my focus between too many book projects has resulted in me not making headway on any of them. And so I have been doing some spring cleaning as far as my writing. I am bringing my focus back to where it belongs--on getting the books I have already written polished and released.

So, my focus for the remainder of 2017 is on getting two book projects that are already in the editing stages finished and out the door.

The first is Haunted, the second book in the Woodsview Murders series that I co-write with my good friend Jolene Haley. We are deep into edits on this book, and I am beyond excited to share it. Jolene and I love this series. 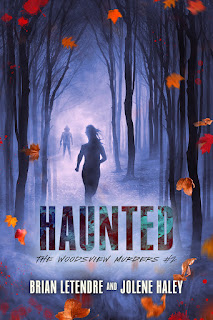 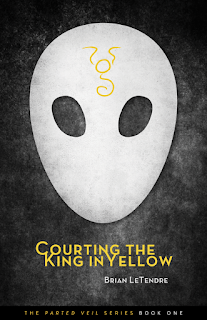 So, those two projects are what I'm focusing on until they are released. Specifically for Camp NaNo I'll be working on edits and rewrites for Chasing the King in Yellow.

As far as non-book projects, I've still got Secret Identity, Co-Op Critics, Thrash it Out and the See Brian Write sites and podcasts to keep me busy. And I'll be sharing big news about one of those in the very near future. I also have a couple posts a month over at the Midnight Society (my most recent one was about Creepshow). I'll be posting weekly here as well, and next week's post will be about reclaiming my writing time, which is something the past year has wreaked havoc with.
Posted by See Brian Write at 7:31 AM