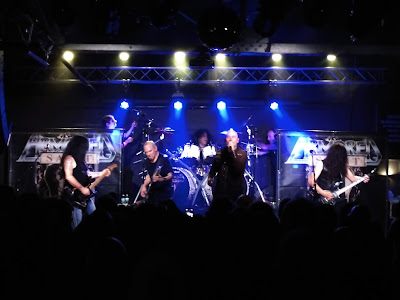 Wow. What a night.

When Armored Saint announced a summer tour where they would play 1991's Symbol of Salvation in its entirety, I was already in. Then I found out that Act of Defiance was the supporting act, and it became one of my most anticipated shows in a long time. Expectations were high, and both bands exceeded them by a mile.

I saw Armored Saint a couple years ago on the Win Hands Down tour, and they were fantastic, so I knew we'd be in for a great show from them. As far as Act of Defiance, I had been wanting to see them since former Megadeth members Chris Broderick and Shawn Drover formed the band in 2014.  I've loved the two albums Act of Defiance has put out so far, and couldn't wait to see them live.

This was my first time seeing a show at the Brighton Music Hall in Boston, and it instantly became one my favorite venues. The place is tiny, but has great acoustics, and that's a great combination.

I got a chance to meet Chris Broderick outside before the show, and he was super nice, which pretty much made the night a success before we even got inside. Little did I know it would get much, much better. 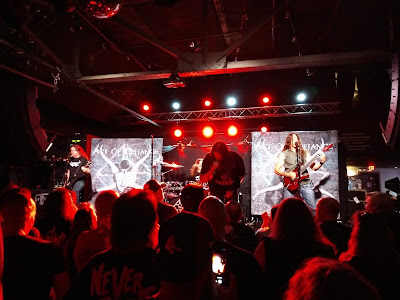 Act of Defiance came out and played a great set that featured a great mix of songs from both albums, including M.I.A, The Birth and the Burial, Rise of Rebellion, Reborn and more. Seeing Chris Broderick's guitar wizardry up close was a mind-blowing experience. He is one of the all-time greats. Bassist Matt Bachand and drummer Shawn Drover provided a brutal foundation for Broderick's fretboard gymnastics, and singer Henry Derek brought a ton of energy that the crowd gave back twofold. It was a great set, and solidified Act of Defiance as one of my favorite bands of the last several years.

Matt and I ended up chatting with Bassist Matt Bachand at the merch table after the set, and since he's a Massachuetts guy, we reminisced about hanging out at our local music shop Music Outlet,a s well as some of the local places we all used to catch shows when we were kids. We also got to meet Shawn Drover, and caught back up with Chris Broderick again, which was great. 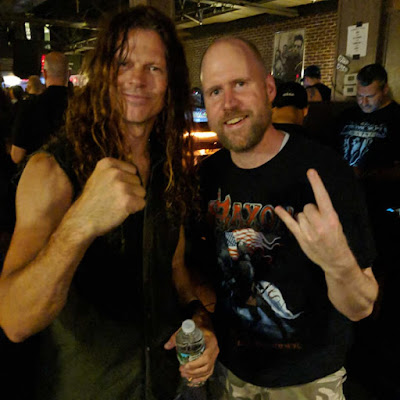 And them Armored Saint came out and put on one of the best shows I've ever seen.

First, they warmed up the crowd with March of the Saint, Long Before I Die and Chemical Euphoria. And then they launched into Symbol of Salvation in its entirety and it was perfect. John Bush provided some insight about different songs as they went, and the crowd ate up every word. The place as packed with Armored Saint fans, and the crowd sang along to every song. The energy was just huge. 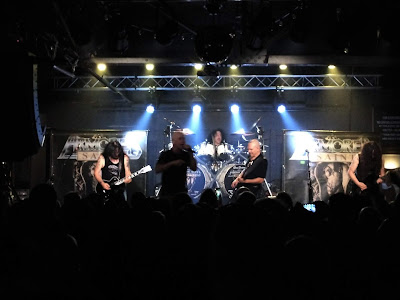 As if hearing that landmark album from front to back wasn't enough, Armored Saint played four more songs before they wrapped their set, including Can You Deliver and Win Hands Down. It was amazing.

If this tour is coming anywhere near you this summer, GO SEE IT. Armored Saint is a legendary band, and this a legendary show. And Act of Defiance is a sight to behold evil as well.
Posted by See Brian Write at 11:11 AM