The Legendary Adrienne Barbeau Has a New Podcast!!! 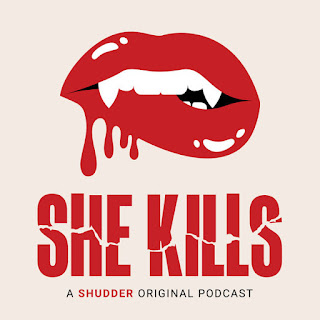 This week news dropped about a new podcast coming from Shudder, hosted by horror legend Adrienne Barbeau! It's called She Kills, and the ten-episode season of the show will be released on March 1. You can get the show on iTunes and Shudder. Here's the blurb:

"Hosted by horror icon Adrienne Barbeau, She Kills explores horror through a female lens with conversations from women in front of and behind the camera – including Karyn Kusama, Dee Wallace, Jennifer Tilly, Illeana Douglas, Polyanna McIntosh and more." 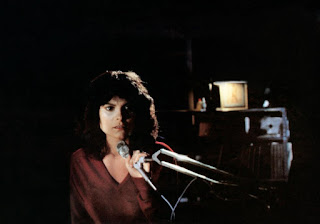 I cannot overstate how excited I am for this show. I absolutely adore Adrienne Barbeau, and her iconic characters have inspired so many of my own. One example--Adrienne's role as Stevie Wayne in John Carpenter's The Fog was a partial inspiration for Avery's college radio gig in Haunted, the second book in our Woodsview Murders series.

I had the great pleasure of meeting Adrienne a couple years ago at CT HorrorFest (the same day I met Tom Atkins!), and she was wonderful. Here's a pic of us with the creature from the Creepshow story Adrienne was in called "The Crate." As a kid who grew up watching her on Maude, an then followed her transition to movies I was totally starstruck. 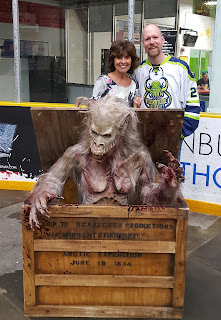 I am so excited to hear Adrienne share her experiences and perspectives with other female icons of horror. March 1st cannot get here fast enough!

And if you are reading this and have not seen a lot of of Adrienne Barbeau's films, here are five to get you started:

Posted by See Brian Write at 4:36 PM No comments: 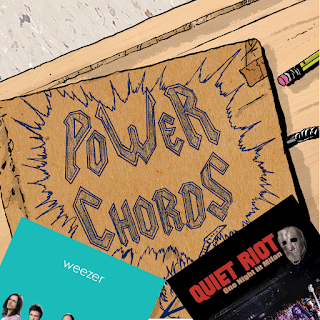 Rockversation: Frankie Banali
Matt recently spoke with the legendary drummer of Quiet Riot about the band’s history, his time in W.A.S.P.,  the new Quiet Riot live album, and much more. You can get One Night in Milan now, and follow Quiet Riot online at www.facebook.com/quietriot.

Thanks for listening! If you're subscribing on iTunes or Google play, please leave us a review, as it will help spread the word about the show! You can find more news, reviews, and discussion at powerchordspodcast.com. You can also hit us up on twitter at twitter.com/powerchordspod, and email us at powerchordspodcast@gmail.com.
Posted by See Brian Write at 10:17 AM No comments: