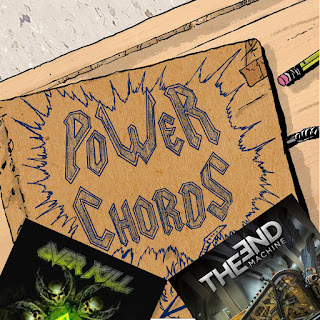 Top of the Pops:
Billboard Hot Mainstream rock Tracks for the week of 3/21/81

Rockversation: Chris Caffery
Matt spoke with the former Savatage and current TSO guitarist about his new band Spirits of Fire. The band’s self-titled album is out now on Frontiers Music SRL. You can keep up with Chris on Facebook at www.facebook.com/ChrisCafferyMusic.

Bonus Track: Anthem--Immortal Bind
From the album Nucleus, which will release on March 29, 2019 on Nuclear Blast.


Thanks for listening! If you're subscribing on iTunes or Google play, please leave us a review, as it will help spread the word about the show! You can find more news, reviews, and discussion at powerchordspodcast.com. You can also hit us up on twitter at twitter.com/powerchordspod, and email us at powerchordspodcast@gmail.com.
Posted by See Brian Write at 7:54 AM